The Midwest section of the U.S. is outperforming the rest of the nation when it comes to home sales as the country’s heartland recovers from 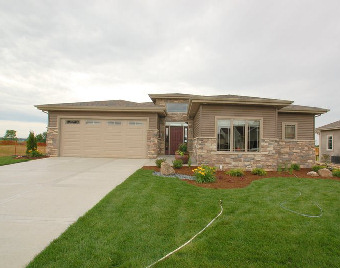 the real estate downturn at a healthier pace than any other region.

The slow progress most areas of the country are making in the dog days of summer in the housing recovery is disappointing for many homeowners. But in Indiana, Nebraska and Iowa many housing markets are improving at healthier rates of recovery. Existing home sales slipped just 1.9% in June from the prior month, according to the National Association of Realtors.

The pace of sales has remained at a relatively healthy annualized pace at 1.02 million units, 14.6% higher than a year ago. Home prices in Kansas City and most other major cities in the nation’s corn-belt are increasing at modest rates compared to much of the nation, despite a severe drought in the region hampering corn and soy bean crops.

Record low mortgage rates and the lowest home prices in decades are driving a surge in some housing markets, especially many of the hardest hit markets. The 30-year fixed rate mortgage hit an average record low of 3.53% last week, according to the Freddie Mac survey.

Miami, Phoenix and Las Vegas are all seeing active home sales, and many other cities are experiencing multiple offers due to a lack of inventory for buyers to choose from.

The median resale home value in the Midwest was $157.600, an 8.4% increase over a year ago. Northeast sales, however, slumped 11.5% during June and the South was 4.4% down for the month. Some cities in the Midwest are also experiencing fewer foreclosures, including communities in Nebraska and Kansas, which are stabilizing the markets.

Many cities in the Midwest didn’t experience double-digit housing inflation on an annual basis like other so-called bubble markets did on the West and East coasts. The inflation was triggered by lenders’ loose lending practices, which have contributed to the nation’s foreclosure crisis.