In two major positive signs for the U.S. housing market, home sales rose in October after sales took a nose dive during the 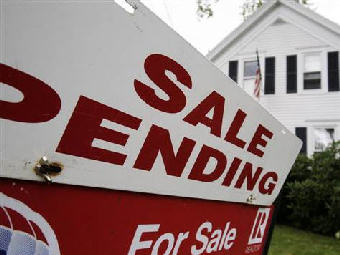 normally busy summer season, and homes listed on the market for sale continued to decline.

The existing sale of residential properties, including single family homes, townhouses and condominiums rose 1.4% during the month to a seasonally adjusted annual rate of 4.97 million units, according to the National Association of Realtors. Sales are 13.5% above last year at this time.

A higher than normal number of failed transactions weighs heavily on the market as consumers are declined for mortgage financing and loan underwriting issues with appraisals trouble the market. Contract failures jumped to 33% in October among NAR members from 18% during September.

However, home buyers who are able to qualify to buy a home are getting some of the best mortgage rates on record. The 30-year fixed rate conventional mortgage averaged 4.07% during October, close to its record low level of 3.94% reached during the early part of the month.

Homeowners also continued to take homes listed for sale off the market, providing a slow but steady decline of inventory listed for sale. Housing inventory fell 2.2% during the month to 3.33 million existing homes, which represents an 8 month supply at the current pace of sales. A healthy supply or balanced market would be about a 6-month supply.

However, an increase in foreclosures is projected to hit the market early next year after the holiday season after more homeowners with mortgages, out of work or with major doubts about the U.S. economy walk away from their homes in greater numbers.

The national median existing home price for all housing types is down 4.7% from one year ago, according to NAR as foreclosures and bank assisted short sales made up 28% of sales during October.