A tighter inventory of homes listed on the market for sale are sending home values rising in some of the most unlikely U.S. housing markets, 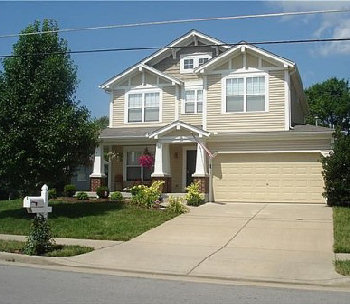 according to real estate research firm CoreLogic. Three states which cities have experienced some of the steepest deflation in home values in the nation are witnessing appreciation.

Hard hit Florida, Michigan and Arizona are seeing a boost in average home values. Led by long suffering Detroit, Michigan home values are up 5.8% on average in the past 12 months. Miami is pushing home and condo values higher in some Florida cities, while a lack of discount priced foreclosures are pressuring home prices to rise in the Phoenix, Arizona metropolitan area.

However, West Virginia which has suffered through some of the harshest economic times in the U.S. for decades is seeing an influx of retirees and investors move to the state to push home prices up the highest for any state in the nation in the last year at an average of 8.6%.

The turnaround in home values follows months of growing home sales in all four states ushered in by near record low mortgage borrowing rates, and years of declining home values. The 30-year fixed rate mortgage averaged 3.98% last week, according to the Freddie Mac survey.

Rising home values in some of the nation’s hardest hit markets, however, could still translate to a short term rise if banks and mortgage lenders raise mortgage rates. Higher rates could result in a slowdown in home sales, which would be devastating for the U.S. housing market experiencing the first major positive signs of a recovery for many of the nation’s hardest hit markets in more than five years.

“Excluding distressed sales, we already see modest price appreciation month over month in January and February,” said CoreLogic chief economist Mark Fleming. “House prices, based on data through February continue to decline, but at a decreasing rate. The deceleration in the pace of decline is a first step toward ultimately growing again.”

Increasing home sales in some U.S. cities are early signs that prices will stabilize and improve in many regions of the U.S., including the Mid-West and northern states like North and South Dakota, Iowa and Nebraska, areas that were less impacted by the real estate collapse.