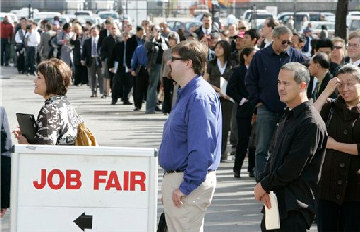 with the 15-year fixed rate mortgage hitting a new all-time record low, according to Freddie Mac.

Jitters over the European debt crisis centered on the debt in Greece and ailing economic troubles in France and Spain trouble world financial markets, and sent U.S. Treasuries below 2.00% on the benchmark 10-year bond. The fall in yields paid for Treasuries pressured banks and mortgage lenders to set rates lower for home mortgages.

However, the U.S. unemployment picture remains mired in doubt as employers hold off hiring workers in many cases and long term unemployment remains a major obstacle, despite a drop in the average rate of unemployment across the U.S. to 8.2%

“Although the unemployment rate fell to the lowest reading since January 2009, the overall economy added just 120,000 new jobs in March, nearly half that of the market consensus forecast,” said Freddie Mac chief economist Frank Nothaft.

“On a more positive note, the Federal Reserve reported hiring was steady or showed a modest increase across many of its districts in its April 11th Beige Book of regional economic conditions.”

The drop in mortgage rates for the two major conventional loans should produce a wave of mortgage activity. The 5-year adjustable rate averaged 2.85% for the week, down a single basis point from last week when it was 2.86%. The seldom purchased 1-year ARM jumped two basis points higher to 2.80%.