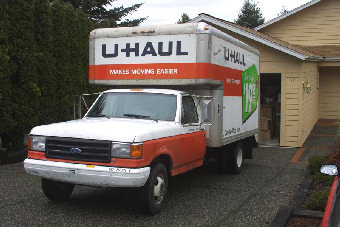 underwater on a mortgage, according to a new Housing Predictor survey.

Some 54% of those surveyed online said they were halted from making a move. The other 46% said they were not stopped from making a change in their living situation. The finding comes more than five years after the worst real estate collapse in U.S. history has lowered U.S. homes an average of 43%, according to figures tabulated through the end of March.

The problem is a massive issue for the U.S. economy and bankers who hold their mortgages, and see underwater homeowners fall delinquent on loan payments more often than mortgage holders who still have equity in their homes.

Across the U.S. 11 million homes or one in four homeowners are underwater on mortgages, owing more on home loans than the current value of their property. Nevada has the highest share of underwater mortgage holders with 58% upside down, according to the Federal Reserve. Arizona is second (47%), followed by Florida (44%) and Michigan (35%). California and Georgia tie for the fifth position with 30%.

The foreclosure crisis and lack of equity in homes is also triggering a massive trend of mortgage walk-aways, homeowners that can afford their mortgages but stop paying them as a result of seeing the value of their homes not being able to regain value. Government backed programs, including measures to allow some underwater homeowners to refinance regardless of loan-to-value ratios have done little to aid mortgage holders who find themselves underwater.

Are you or your family unable to move or make a change in your housing situation due to being underwater on a mortgage?