For nearly the past six years Housing Predictor has been forecasting the worst foreclosure crisis since the Great Depression and keeping you up to date on the numbers. Ever since 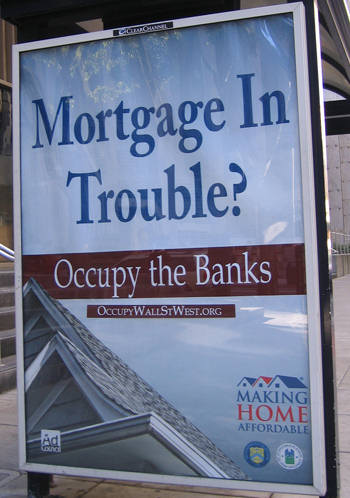 the housing crisis started and foreclosures became mainstream news the numbers have been fogged by the deluge of daily reports on the housing downturn.

Treasury Department figures, previously unreleased documents and new analyses of state and industry data paint a disturbing trend at how the mortgage industry is handling the problems associated with the crisis. The Home Affordable Modification Program has failed homeowners as the nation’s bulging mortgage giants, Freddie Mac and Fannie Mae take credit for refinancing 3-million homeowners, which is at best half of the figure quoted by President Barack Obama when he announced the program.

The Obama administration’s programs have at best been piece meal works to bandage the hemorrhaging U.S. mortgage system that is in critical condition. The program started to reduce mortgage payments for homeowners has only resulted in the reduction of loan balances for slightly less than 10% of all homeowners who have applied for modifications. Only a small fraction of homeowners in need of help are getting any.

Despite its $25-billion settlement with 49 state attorney generals five months ago, the largest servicers, including Bank of America are leaving most homeowners at risk of losing homes in limbo. In fairness, BofA is making strides to sell more homes in short sales, but the bulging flood of foreclosures it is taking back in formal repossessions are a mountain compared to the “cooperative short sales” the bank is agreeing to as part of the program.

HAMP, the Home Affordable Modification Program hasn’t made a dent in the foreclosure crisis, which has forced more than 7-million families out of their homes so far and is expected to impact at least another five million before finally coming to an end.

The number of modifications made each month in the government’s program and by lenders not related to the program pale compared to the number of homeowners falling behind on their mortgages. Lender Processing Services latest data indicates 7.1% of mortgages are in default and rising.

Despite claims by Treasury Department officials and banks, modifications over the past two years have had little real significant change. In the end, a homeowner’s chances of obtaining a modification depend chiefly on which bank they obtained their mortgage from and who currently services the loan.

JP Morgan-Chase borrowers seem to have better chances of getting a loan modified than Bank of America. The other three major Wall Street banks, GMAC, which now does business as Ally Finance, CitiCorp and Wells Fargo are difficult to deal with for mortgage holders at risk of losing homes to foreclosure, according to hundreds of borrowers who have contacted Housing Predictor.

Almost five months after the big banks settlement with the states many aspects of the Independent Foreclosure Review still aren’t transparent. Some details have been released and an online application process has been set up for homeowners who were victims of MERS foreclosures in 2010. But regulators still haven’t released how they’ll determine or calculate “financial injury” for homeowners who were wrongfully foreclosed.