By Mike Colpitts
Household energy costs are jumping almost 3% a year in the U.S. to average $2,024 annually, according to the U.S. Energy Department. 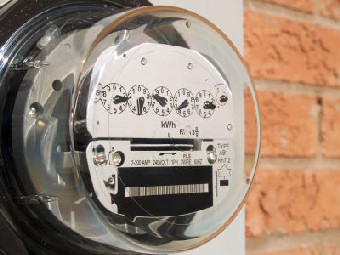 The amount it costs to heat and cool a home has been rising steadily since at least 2005, a new study by the department’s information administration shows.

Energy expenses are higher because of larger homes, bigger electronics, growing home usage of computers and other electric devices and the doubling of major appliances, including more households with two refrigerators.

The average cost for electricity, propane and natural gas used in residential homes rose 11.8% from 2005 through 2009 when the cost was $1,810 a year, the last time the government survey was taken.

The Energy Information Administration’s Residential Energy Consumption Survey gathers information from 12,000 households across the U.S. to determine household energy usage, and is only conducted every four years because it is an in-depth national survey and is expensive to carry out.

On site data collection started in the spring of 2010 and took about six months to gather. Survey respondents were asked about their energy use beginning in 2010. “In those interviews, households identified all of their energy suppliers,” said Eileen O’Brien, lead of the survey team. “We surveyed those energy suppliers through the summer of 2011 to collect 20 months of monthly energy bills and followed with several months of data review.”

Since the survey began in 1979 major household appliances have become more efficient. The number of owned U.S. housing units has grown to 76.5 million units and homes have increased in size, with greater square footage and the advent of the McMansion. Clothes dryers’ usage has also increased by more than 500%, and multiple TV sets and computers have been added to households, drastically increasing energy usage.