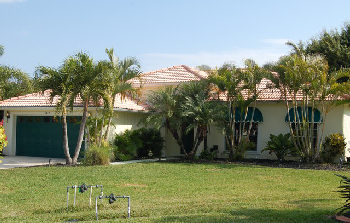 the U.S. housing market from making a swift recovery. The limited supply of existing homes listed for sale is producing multiple offers in some cities, and sluggish sales in others.

Housing inventory has shrunk to levels not seen since the bubble years to 2.49 million homes available for sale, the lowest since April 2006. The figure represents a 6.6 month supply at the current pace of sales, according to the National Association of Realtors.

Inventory is also 20.4% below a year ago. A six month supply of homes on the market is usually considered to be a market in a healthy balance.

However, broad shortages of inventory trouble local markets in especially low price ranges so much so that Realtors in the West are calling for expedited procedures to get additional foreclosures on the market more quickly. Banks slowed down foreclosing on many homes as a result of millions of illegal foreclosures they made on homes during the robo-signing scandal, in which millions of foreclosure documents were forged to foreclose on homes more rapidly than would have otherwise been possible.

The slowdown has since been sped-up after the nation’s largest five banks reached a $25 billion settlement with 49 state attorney generals, but not in all regions of the country. More than 400 state and county implemented laws in the U.S. restricting foreclosure processes have changed foreclosure procedures in efforts to protect consumers from predatory bankers.

The laws pose the newest set of issues for mortgage lenders, who have been sued by more mortgage holders than ever before in the foreclosure crisis on everything from allegations of misrepresentation to charges of fraud.

Despite the issues troubling the industry, the housing recovery is making strides in many areas of the country, with higher home prices developing in some cities. “The recovery is occurring despite excessively tight credit conditions and higher down payment requirements, which are negating the impact of record high affordability conditions,” said NAR chief economist Lawrence Yun.

Near record low mortgage rates are pushing home buyers to make purchases. The 30-year fixed rate loan averaged 3.66% for the second week in a row last week, according to Freddie Mac. The increase in buying activity has helped cities to experience stabilization in their housing markets, including Miami, Florida, parts of Southern California, hard hit Las Vegas and Phoenix. But greater home sales don’t make a recovery all alone.

Investors who bank rolled the housing bubble are still shy about lending more cash to finance more home mortgages as banks remain restrictive on home lending. The inventory of new single family homes available for sale also remains at the lowest level since the U.S. Census Bureau has been tracking the inventory at 46,000 as of the end of April, the latest month available.