A housing recovery is developing in five states, despite a slowdown in home sales as a result of the federal home buyers’ tax credit expiration. The states are leading the U.S. housing market out of its long lasting record downturn and are forecast to experience housing inflation for the rest of 2010. 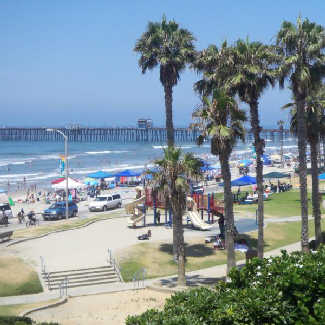 Two of the states were impacted less by casino-like lending practices that nearly led to the nation’s economy melting down as bankers sold mortgages to just about anyone who could sign their name.

The other states are on the road to recovery for reasons that include greater government intervention to manufacture a recovery in housing prices.

Following a rise in spring time home sales, the Housing Predictor forecast indicates a sluggish return to sales activity that will be hampered by the Gulf Coast oil disaster, and the expiration of the federal tax credit. But the impact of the oil spill will have little direct consequence on housing markets far away from the Gulf Coast.

The levels of forecast appreciation in many of the markets also demonstrate a strong move towards stabilization in housing markets in less populated areas of the country, where bankers did not sell as many Alt-A and subprime mortgages. However, three other states with larger population bases are also forecast to have stronger appreciation to lead the nation out of its housing downturn.

The country’s most populated state, California, which has an economy that alone would stand as the tenth largest in the world, Virginia and Colorado are projected to see better home prices through the rest of 2010. California is being boosted by a a special $10,000 state tax credit for anyone buying a home.

Communities outside of Washington D.C., in Virginia are experiencing higher home sales as a result of good paying government jobs in the nation’s capitol. In Colorado, the economy is improving, particularly in the Denver area, where businesses are hiring back employees, and many new companies are relocating to the area.