Homeowners caught up in the banks 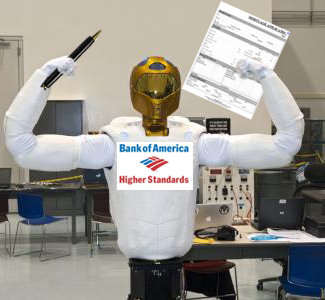 robo-signing scandal that have illegally been foreclosed should be compensated financially by the banks that foreclosed on their homes to settle differences, according to an over whelming majority of respondents in a new Housing Predictor opinion poll.

The survey shows that despite the blame Americans place on some homeowners for getting in over their heads financially with higher mortgages than they could afford, the over-whelming majority still feel that laws should be followed properly in the legal foreclosure process.

Banks and mortgage servicing companies have admitted to making mistakes by allowing employees and bank servicing representatives to sign legal paperwork in massive volumes without authenticating the ownership of mortgages first. 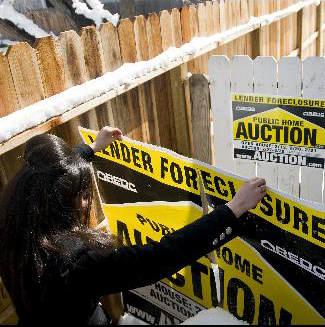 The states chief legal prosecutors are working to reach agreements with the nation’s five largest lenders in efforts to settle a volume of foreclosures that were illegally resolved. Legal authorities have not said how many foreclosures are involved, but banking analysts believe the cases may run into millions of homes.

The robo-signing scandal came to light last fall after prosecutors obtained sworn statements from bank servicing employees stating that they were signing their names to paperwork filed in the foreclosure process before confirming the legal ownership of property.

Should those homeowners whose homes were illegally foreclosed receive a cash settlement from their lenders?