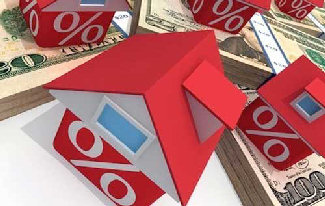 according to Freddie Mac. The rate on a 30-year fixed mortgage remained at 4.50%. The fixed 15-year loan narrowly edged up two basis points to 3.69%.

New U.S. home purchases fell 2.1% to an annualized rate of 319,000 in May, according to the Commerce Department. Re-sale and new home purchases have been weak for more than four years. More than 2-million homes are in default and another 2-million in the foreclosure process, according to real estate research firm CoreLogic.

The lack of movement in mortgage rates has also resulted from low mortgage bond rates. The 10-year Treasury, a bench-mark for the industry has been around or below 3% for more than two weeks, which typically keeps mortgage interest rates low.

The rate on a 1-year adjustable rate mortgage also budged up just two basis points. Banks and mortgage companies are keeping rates low in order to attract consumers to refinance home mortgages and make new purchases. But many consumers feel that rates will have to go much lower to make a difference in the housing market to increase home sales significantly. 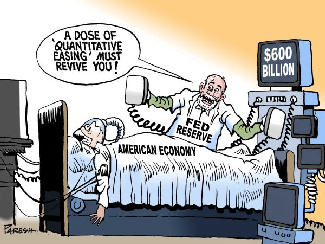 More than a decade of aggressive mortgage lending practices, during which anyone could practically be approved for a home loan with or without a job or income to support payments are having a huge impact on any sort of housing recovery in most of the nation.

The Federal Reserve has kept its lending rate to banks at or near 0 for nearly two years, but the Fed and the Treasury Department will complete QE2 at the end of this month leaving the nation’s economy to depend on its own merits.

The Fed has left the door open to re-energize the U.S. economy with another round of stimulus if it feels it’s necessary to do so. But lowering mortgage rates further doesn’t seem to be practical since rates the Fed sets are at the lowest level possible.