Three straight months of weak employment growth is likely to slow the recovery in the U.S. real estate market since job growth is the biggest indicator of future 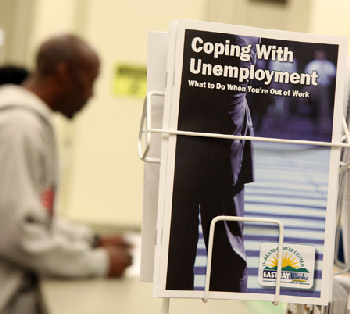 home sales. The unemployment rate rose to 8.2% Friday as a result of businesses failing to hire more workers.

The disappointing news added to a chorus of other indicators, which appear to be developing into a worldwide slowdown that could lead to greater economic troubles. The Eurozone debt crisis harbors global wide issues. U.S. Treasury bonds hit an all-time low as a result of investors fleeing into more secure interest paying Treasuries. The 10-year bond reached below 1.46% before recovering slightly.

The drop sent mortgage rates to the lowest they have ever been. The 30-year fixed rate mortgage fell to an average of 3.75% in the Freddie Mac survey released Thursday. But borrowing rates offered by many mortgage lenders were lower on Friday and are expected to reach new lows again for the sixth straight week.

The Labor Department said the U.S. gained just 69,000 jobs in the month of May. The job gains reported from the previous two months were also revised downward. At least 400,000 jobs need to be added to the economy a month for the U.S. to be considered on the road to recovery, according to most economists.

In most economic recoveries, an increase in real estate sales usually follows employment gains by a year or more. First time home buyers and investors make up about two-thirds of current home purchases. Homeowners hoping to sell their residences that lack the equity or are underwater on their mortgages and even many homeowners hoping to get a higher price for their homes are caught in the middle unable to move as home prices in most areas of the country remain low.

The housing market faces a series of issues as it reaches the summer selling season, which is usually viewed as the busiest time of the year for home sales since many schools are out for summer vacation giving families a good time to relocate.

However, record low mortgage rates could prompt many families considering a move to take action if they are able to qualify for a new home mortgage. Banks are still requiring exceptionally high credit scores to obtain new conventional financing. FICO scores below 740 are rejected by many conventional lenders for mortgages, but government backed loans like the FHA provides require lower credit scores to qualify.

Still, the housing market is showing an improvement in sales and home prices in some regions of the nation, including many of the hardest hit areas. Job gains were reported in health care, warehousing and transportation, all of which should see future growth to bolster the economy.