Mexican drug cartels have slowly moved money out of banks and other hiding places and into U.S. real estate investments. Federal investigators are hunting for people investing billions 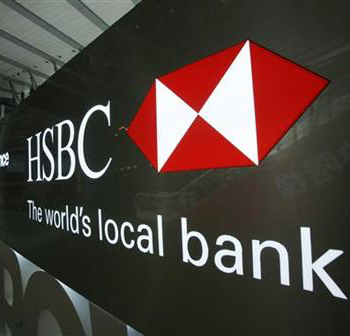 of dollars of drug money in the U.S. real estate market, including huge sums of cash in Florida, Texas and California.

Cash purchases fuel the damaged economy in Miami and San Diego, which is close to the Mexico border. Miami is no stranger to exotic lifestyles and the drug culture, which overtook the city in the 1980s with the cocaine cowboys.

Cash sales made up 29% of real estate sales in June from 28% the prior month, according to the National Association of Realtors. Investors accounted for the bulk of transactions, purchasing 19% of homes, the same as a year ago.

A series of isolated arrests by law enforcement officers paints a disturbing portrait of America’s banks dependency on drug money laundering. Money is the fuel that drives business from Wall Street to Main Street, and it provides the free-wheeling economy of the illegal drug trade.

HSBC executives, who represent the tenth largest bank in the nation, told a Senate panel earlier this week that they are dealing with money laundering issues and now employ more than 800 workers to get a handle on the problem.

The Senate Permanent Subcommittee on Investigations released a report Tuesday charging HSBC of a “polluted” culture of money laundering that has knowingly gone on for more than a decade. At least a dozen other U.S. banks, all of which offer home mortgages are being investigated for drug money laundering, according to federal authorities.

HSBC is being investigated by the Justice Department, which is expected to level fines against the lender that are substantially larger than the $619 million ING bank agreed to pay last month over similar charges. HSBC chief legal counsel Stuart Levey blamed the unchecked laundering on the lender’s massive expansion.

Mexican drug cartels moved $7 billion into HSBC facilities between 2007 and 2008, according to the Senate report. Federal regulators in Mexico and the U.S. warned the bank at the time that the huge amount of money could only be tied to illegal drug trafficking.

Among those arrested so far in the government’s probe into drug money laundering are an agent with the Drug Enforcement Administration, a Texas couple who admitted to buying real estate in Las Vegas with drug proceeds and smugglers who bought a DC-9 with laundered funds.

Drug investigations often follow the money trail, and IRS investigators play a vital role related to drug trafficking. Real estate closing agents are required to file legal paperwork with the IRS over every real estate transaction in the U.S. they close, often providing the first trace of evidence in many drug money laundering investigations.