Mortgage delinquencies have improved more than 20% since the height of the U.S. housing market downturn almost two years ago, 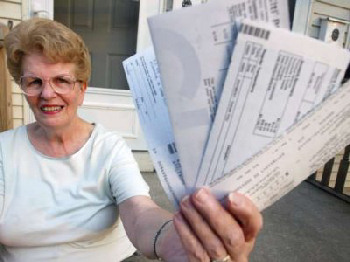 according to data obtained from Lender Processing Services.

Loan delinquencies declined to 7.14% in July, a drop from a record 9.37% of mortgages in October 2009 at the height of the collapse. However, the June report released by LPS shows that mortgage repayment remains at historically low rates placing a drag on the housing market.

The rate of new problem mortgages, however, remained stable for the month, with homes that are more than 90 days late dropping 7%. Foreclosure activity in states where courts must approve foreclosures has picked up, according to LPS after the nation’s largest five banks agreed to the $25 billion robo-signing settlement.

Almost 60% of delinquent mortgage holders with loans in foreclosure in judicial states have not made a mortgage payment in at least two years as more homeowners live in homes they once paid mortgages on than ever before without paying loans.

However, the volume of mortgages deteriorating further into delinquent status is slowing as lenders work with borrowers to modify mortgages and sell homes as short sales in growing numbers.

Record low mortgage rates have driven the highest mortgage production since the real estate collapse started. The 30-year fixed rate loan bottomed out at 3.49% in July triggering a refinancing frenzy.

“Since the beginning of this year, high loan-to-value refinances have increased significantly,” said Herb Blecher, vice president of LPS Applied Analytics. “As an example, 2006 vintage GSE loans with 6% interest rates and LTV (loan-to-value) ratios between 100 and 125% increased from a 10% annualized prepayment rate at the end of 2011 to more than 40% in June.”

Many of the fifteen hardest hit states receiving federal aid for foreclosures remain the most heavily impacted, including Florida, Nevada, Mississippi, New Jersey and Illinois.