Once the nation’s epicenter in the real estate collapse Miami, Florida condo sales are soaring, up 43% over year ago levels, according to the Miami Association of Realtors. The Miami housing market has now experienced rising sales for nearly two straight years. 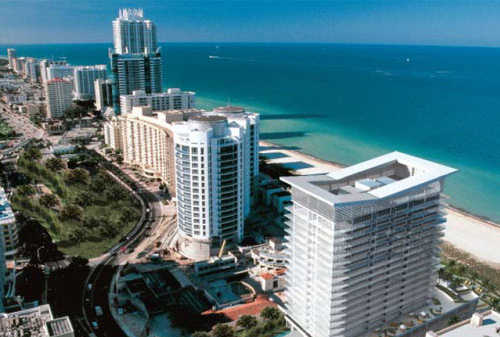 But the rise in condo sales is breathing new life into the Miami housing market. “Demand for local properties, including multiple bidding reminiscent of the boom during the last decade is driving values,” said Miami Realtors President Oliver Ruiz. “Median and average sales prices are rising, while condominium prices are expected to follow due to the considerable increase in sales.”

The time it takes to market a home for sale dropped to 100 days for single family homes and 114 days for condominiums, showing that the market is nearing stabilization, despite declining condo prices.

However, the market isn’t without its challenges. Sales of existing single family homes dropped 8% in July from year ago figures, indicating the market is anything but fully stabilized. But record low mortgage rates and some of the lowest priced condos for any metropolitan region in the country should usher in a robust return in sales over the remainder of the year. Residential sales have increased for 23 straight months.

Even as home sales sank in the majority of the country by 27.2% in July, according to the National Association of Realtors, Miami and the rest of Florida condo sales increased. The median sales price for a condo in Miami in July was $110,500 down 20% from a year ago as bargain hunters bought up condos at some of the lowest prices in more than 15 years. Florida median sales prices declined 7% to $138,000 for single-family homes.

The inventory of residential listings marketed by the Miami-Dade County Realtors association dropped 11.4% from July of 2009, indicating that the market is showing strong signs of finally entering the recovery phase after record housing deflation. Average home sale prices are rising after hitting 30-year low values in many single family home neighborhoods. But lower prices obtained for condos still hurt the overall market.