Following mostly decades of the appearance of propriety at the highest levels of U.S. government, an ugly money trail from special interest 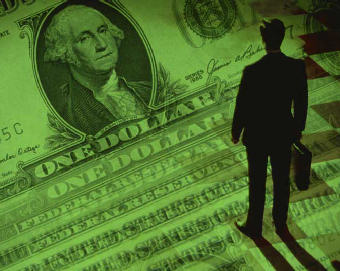 groups leads to members of Congress, which triggered the real estate market collapse.

It’s been more than a year-and-a-half since President Barack Obama signed financial reform legislation into law. But the implementation of most of the reforms has been held-up as a result of special interest lobbying to reshape the law’s implementation.

Some 488 trade associations, unions, new home builder groups, bankers and real estate organizations reported lobbying on financial reform law during the first half of 2011, according to the Center for Responsive Politics, a nonpartisan organization. The battle to maintain political clout in Washington, D.C. and halt the law that started the whole real estate collapse from being reinstated is brewing.

More than a half dozen members of Congress are prepared to offer legislation to reinstate the Glass-Steagall Act, also known as the Banking Act of 1933. But there is little public outcry to reinstate the act, at least for the time being as Democrats stage a showdown with key Republican opponents over the legislation, which was removed by President Bill Clinton as he left office.

Despite the moribund economy, financial industries are enjoying relatively little new regulation and they are pouring money into election campaigns. Follow the money trail and you find Wall Street is wooing candidates and bankrolling their campaigns, slowing down any opportunity for real financial reform. 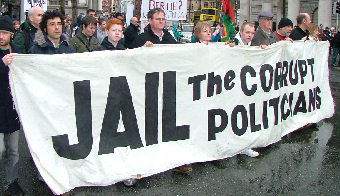 Even with a huge number of banks and other financial institutions closing or being forced to merge by government regulators, the sector is giving more to federal candidates than any other sector, donating $78.2 million in 2011 alone. At the same time record numbers of real estate foreclosures, mainly as a result of predatory lending and plunging home values trouble the nation.

The U.S. is prepared for new financial regulations to control bankers after years of enjoying little regulation in commercial banks, credit companies, hedge funds and investment companies as they face what has been repeatedly re-enforced as the most extensive overhaul since the Great Depression.

But a lack of lending by banks and other mortgage interests, who are worried about the massive foreclosure crisis is crippling the economy and restraining the housing market from making inroads towards a major recovery.

“You’ve got all these industries protecting their turf,” said Lawrence Baxter, a Duke University law professor, who focuses on regulation of financial services. “It’s amazing how some industries can stay in the game when common sense says they clearly need to be regulated. But then you look at their campaign contributions and you understand why.”

The financial sector has given $3.8-billion to Congressional candidates, political parties and PACs since 1998 and President Obama is getting more from Wall Street donors for his re-election campaign than any other president at this point in a campaign.