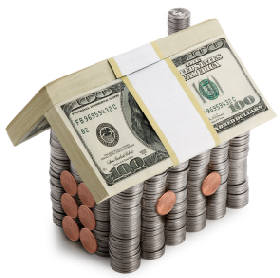 The run up of America’s real estate market lasted nearly a decade before it blew up. The bubble came to a screeching end, and millions don’t ever see recovering from it. One out of three mortgage holders say that if home prices keep falling they’ll walk away.

Coping with the emotional toll is a whole issue in itself. Losing money on a house is hard to handle. There’s a set of emotions to work through, according to psychologists, including anger, guilt, frustration and not the least of which is foolishness. We’re we played like fools by bankers and Wall Street?

There is at least a small amount of comfort in the fact that so many people are losing big dollars these days. Real estate investor Steven Gillman tells the story about a former next door neighbor in his 80’s.

“Eventually he admitted to me that he had over $65,000 into the place, but still seemed certain he could sell the home for $80,000,” says Gillman. “ I politely nodded. It was too late to say anything anyhow. He didn’t even have money to fix up the rusty iron fence around the house. In fact, from the outside, the appearance had hardly changed at all, since all his money went into the interior.

“The sign went up, though I am not sure why the real estate agent wanted such a listing. Perhaps it was with the hope that he would maintain the listing when the bank took the house and dropped the price. In the end, that is exactly what happened. ‘I gave the house back to the bank,’ the old guy told me one day.” 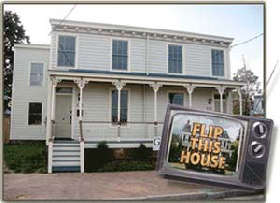 There are plenty of those who play the blame game. Cable TV network HGTV has been painted as one of the villains of the economic meltdown. It only took an episode or two for millions to think they could be successful house flippers too. “House Hunters” and “What’s My House Worth?” got record viewership during the boom. Who wouldn’t want more house?

Others blame Allen Greenspan and the Federal Reserve, Wall Street for loading up mortgage securities and bankers for making loans their competitors would have if they hadn’t.

Forums and chat boards are loaded on the Internet awash with questions from people seeking advice on what to do over home mortgages that have become too much to handle. Millions are strategically defaulting on loans, walking away from mortgages. Most are losing down payments, closing costs along with mortgage payments they’ve made.

Reporting for the Washington Post Binyamin Appelbaum may have gotten it best: “The administration’s success in rescuing banks stands in starker contrast every day with the financial problems of many Americans, most of all the lack of new jobs, and Democrats made restless by the disparity are mounting pressure on the White House.

“Meanwhile, the prospects for financial reform legislation have been clouded by industry groups that convinced moderate and conservative Senate Democrats that some proposals would unduly suppress financial innovation and limit economic growth.”