Despite record low interest rates, mortgage applications declined for the first time in weeks last week, including an unexpected slow down in applications for home refinances, the Mortgage Bankers Association said.

Applications declined 4.4% on a seasonally adjusted basis from a week ago, and a whopping 5.9% on refinancing alone. The decline marks a slowdown in the number of homeowners applying to refinance their mortgages after nearly a two month upturn in refinancing activity, efforts by the Obama administration to improve the housing market with its Making Home Affordable program and a special government-backed program through Fannie Mae to get more aggressive with refinancing home mortgages. 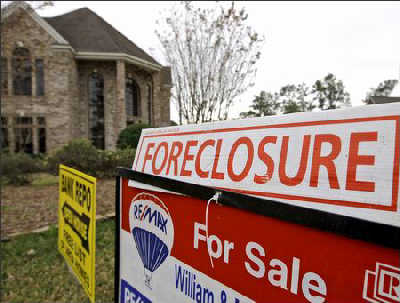 However, home buyers apparently trying to close their purchases before the deadline expires for the federal tax credit increased the bankers’ purchase index by 2%, the highest level since the end of June. The bankers’ survey is conducted on a weekly basis and includes about half of all  U.S. home loan applications. Respondents include mortgage bankers, commercial banks and savings and loan institutions.

Refinancing still represents the highest share of mortgage applications, some 78% of all of those applying for real estate financing. The average contracted interest rate on a conventional 30-year fixed rate mortgage rose to 4.69%, a tenth of one-percent higher over the previous week, indicating that an upward trend in rates may be developing.

The average contract rate for a 15-year fixed rate mortgage hit 4.12% from 4.05%, a week earlier.The rate on an adjustable rate mortgage rose to 7.15%, two-hundredths of one-percent higher for the first time in weeks.