Mortgage loan fraud has declined 25% since its peak in 2007, according to a survey conducted by Core Logic, a real estate research firm that monitors more than 3,000 local U.S. housing markets. The study was released on the heels of the largest Justice Department crackdown in history on perpetrators of mortgage fraud.

Some 1,200 people, many of whom were mortgage brokers were arrested in a nationwide crackdown more than a month ago involving $2.3-billion in losses stemming from the real estate collapse. 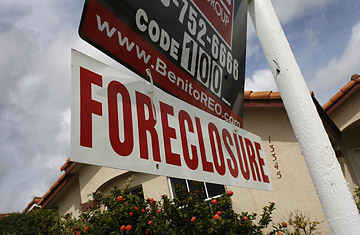 Core Logic compared levels of fraud to previous quarters from 2005 through the second quarter of the year. Analysts determined that about one out of 200 conforming loan applications contained misrepresentations that could lead to fraud, which is tied to higher levels of mortgage defaults. Core Logic analyzed a sampling from 80 million loan applications for the study.

The crackdown was the largest effort yet by law enforcement against perpetrators of white collar crime in U.S. history that has transcended to every corridor of the U.S. economy, pulling housing prices lower in the over-whelming majority of the country, and devastating the U.S. economy.

“With an estimated $14 billion in fraud losses experienced in 2009 alone, fraud is still a major issue for the mortgage industry,” said Tim Grace, a vice president at Core Logic. “While the industry has done good work there is evidence that fraud patterns are changing and becoming increasingly better hidden.”

However, the study also determined that fraud has been on a slow but steady decrease since 2006, much of which is due to tighter under writing criteria by mortgage lenders and reluctance to issue so-called “Liar Loans” made during the real estate boom without confirmations of income or job status.

The most common type of fraud by mortgage applicants was lying about their income, which represented 31% of the incidents that were found in the study. Internal fraud accounted for the second highest level of trouble found, including misrepresentations by loan officers and under-writers in order to get transactions closed, followed by identity misrepresentations that made up 13% of the incidents.

Nearly one out of 200 short sales, in which mortgage lenders cooperate with home mortgage holders to sell a property at a lower price than what is owed on a property were deemed “very suspicious” by lenders. That means there was a new sale less than 60 days after the short sale was completed at a sale price 20% or higher than the home was sold for in the short sale.