much tougher even before Congress implements changes as part of the Dodd-Frank Financial Reform Act. The average credit score approved for a mortgage has jumped from 720 in 2007 to 760 today.

The massive rise in FICO scores underscores the volume of foreclosures that lenders are formally taking back and their uneasiness to extend credit in the wake of the largest foreclosure crisis in U.S. history. Foreclosure notices, including filings of formal auctions, first notices of default and other follow-up filings were reported on 239,795 U.S. residential properties in March, representing a 7% increase from the previous month, according to Realty Trac.

The rise, however, was 35% lower than year ago levels when 367,056 homeowners received notices. The fall-off in notices is mainly attributed to the temporary moratoriums on foreclosures in 26 states, which have now resumed foreclosure actions as a result of the robo signing scandal.

“Although home sales are coming back without a federal stimulus, sales would be notably stronger if mortgage lending would return to the normal, safe standards that were in place a decade ago,” said National Association of Realtors economist Lawrence Yun. 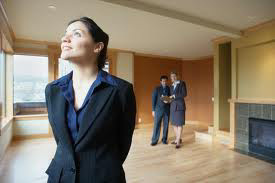 “Given that FHA and VA government-backed loan programs turned a modest profit over to the U.S. Treasury last year, and have never required a taxpayer bailout, we believe low-down payment loans should continue to be available for those consumers who have demonstrated financial responsibility and are willing to stay well within their budget.”

Raising minimum down payment requirements on conventional mortgages to 20% is part of the proposal currently under review by Congress under the Dodd-Frank Financial Reform Act. “It is no exaggeration to say that the rule we are examining today will have profound effects on our housing and real estate recovery and determine who can and cannot buy a home,” Mortgage Bankers Association chairman Henry Cunningham told the Housing Financial Services Subcommittee.

Higher down payments required by lenders don’t necessarily translate to safer mortgage lending risk. The 80% first mortgage, piggy-backed by a second equal to 15% of a home purchase price with only 5% for a down payment was one of the safest mortgages for more than a decade prior to the real estate bubble. Foreclosure rates were at some of the lowest levels in banking industry history for the commonly referred to 80/15/5.