For the first time in more than a year, mortgage rates have risen three straight weeks as growing instability over the  U.S.  economy jittered 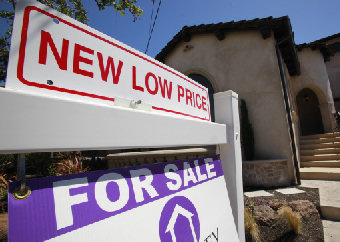 The increased yield is good news for investors seeking higher rates of return, but translates to higher interest rates on mortgages, credit cards and business loans since banks set the rates they charge based on Treasuries. Higher mortgage rates prohibit many buyers on the fence from qualifying for home loans, and prohibit others from buying a more expensive home than they would otherwise qualify to purchase.

The gradual hike in rates could threaten a housing recovery from continuing to develop and hold a major sector of the  U.S.  economy back from strengthening.

The 30-year fixed rate mortgage bottomed out at 3.49% on July 26 th, according to the Freddie Mac survey, but has moved higher since that time, forcing a reduction in the number of home refinances and other loans. Rates are set by banks and mortgage lenders, who generally follow the trend of U.S. Treasuries and the rate set by the Federal Reserve for lenders to borrow money.

Additional increases in mortgage rates would also likely further reduce the number of homes that are sold by new home builders and the resale of homes, which represent the majority of the market. More homes are typically sold during the summer months than any other season of the year, and even slightly higher rates could turn off the interest of many buyers, especially first time buyers, who make up nearly a third of all current home sales.

The Fed has vowed to keep its daily lending window rate low through at least 2014 in order to stimulate lending activity, but since the real rates for home mortgages are set by banks, and the issues revolving financial reform with Dodd Frank haven’t yet been approved by Congress bankers are hesitant to provide additional funds in larger bulk for mortgage lending.

Banks are also holding on tight to any surplus on their balance sheet with increasing foreclosures developing as the foreclosure crisis moves into its sixth year.

Signs of stronger economic activity, however, are beginning to appear erratically in some sectors. Consumer buying has increased on some good and services for most of the year, but that is at least partially due to the larger volume of former homeowners who have given up paying mortgages that became too expensive for them to pay on a monthly basis and are paying less for rent to live elsewhere.