By Mike Colpitts
The National Lieutenant Governors Association composed of all 50 U.S. states is calling on Congress and President Barack Obama to take action to address the U.S. housing crisis  “in a meaningful and responsible manner.” 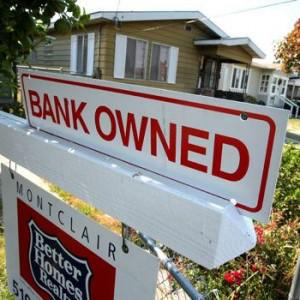 The organization passed a resolution to underscore the importance of Congressional action as the nation faces perhaps the most politically divided Congress in history going into the upcoming presidential election in November. Bi-partisan support to resolve the housing crisis is a major stumbling block for Congress, which is expected to take up serious talks to redesign the U.S. mortgage market early next year.

The resolution recommends that “the President and Congress act with a sense of urgency to address the nation’s housing crisis in a meaningful and responsible manner, while avoiding any legislation or regulatory actions that will inhibit the recovery of the home building industry.”

The National Association of Home Builders applauded the lieutenant governors action. “The nation’s lieutenant governors understand that Americans deeply value homeownership and that it is essential to get the housing sector back on firm ground to achieve solid job growth, build healthy communities and move our economy forward,” said NAHB Chairman Barry Rutenberg, a home builder from Gainesville, Florida.

The top state prosecutors reached a $25-billion settlement with the nation’s five largest banks over the robo-signing scandal earlier this year. Files in over 4.5 million foreclosures are being examined by federal regulators to estimate the number of homeowners whose homes were wrongfully foreclosed.

“Nevada was hit particularly hard by the housing crisis, and we look forward to finding solutions to fix this complex issue,” said Nevada Lieutenant Governor Brian Krolicki. “Bringing housing issues to the forefront is long overdue and we are proud of this bipartisan effort and pledge our continual support in turning the housing market around in Nevada and across the country.”