By Mike Colpitts
The dog days of summer usually bring a frenzy of home sales activity, but a reduced inventory of homes to sell in many regions of the U.S. is 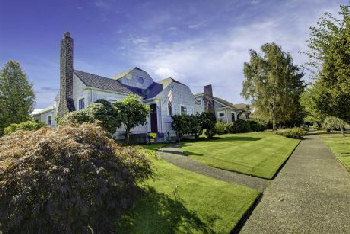 slowing sales, despite record low mortgage rates. The inventory has been slashed to just a 6.6 month supply, which would usually be a positive sign for the market.

The drop in homes marketed for sale would also usually mean better times for the housing market, but with at least one out of three homeowners underwater on mortgages and millions of others unable to sell due to a lack of equity the inventory may be at an historic low.

Housing inventory marketed by Realtors fell another 3.2% to 2.39 million existing homes at the end of June. The figure represents a slim 6.6 month supply. A six month supply is usually considered an inventory in a healthy balance, but with the other problems that trouble the market, including the record all-time foreclosure crisis and short sales the housing market is barely budging.

Perspective home buyers are shopping for discount priced properties, but are often unwilling to purchase anything else, fearing a further decline in home values. The listed inventory of property is 24.4% below a year ago, according to the National Association of Realtors when there was a 9.1-month supply.

The drop in inventory also demonstrates, however, that a huge supply of discount priced foreclosures and bank owned REOs have already been cleared from the market. Another round of foreclosures, with 1.6 million homes 90 days or more delinquent is expected to hit the market in the later half of the year.

But with less first time home buyers taking the plunge most regions of the country face an uphill battle. First time buyers made up 32% of purchasers in June, down from 34% a month earlier.

“A healthy market share of first-time buyers would be about 40%, so these figures show that tight inventory in the lower price ranges, along with unnecessarily tight credit standards, are holding back entry level activity,” said NAR economist Lawrence Yun.

Many homeowners who are not underwater on their mortgages have also taken their homes off the market, producing an additional decline in the inventory.