Uncertainty over the U.S. economy and lower rates paid to investors on U.S. Treasuries sent mortgage rates lower for the week, hitting 3.88% on a 30-year 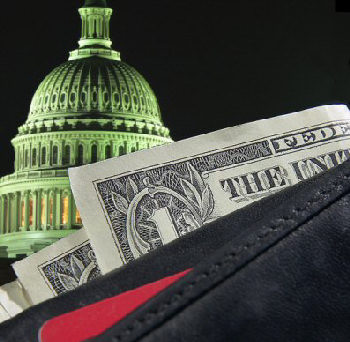 fixed rate mortgage, which is just one basis point off of its all-time record low, according to Freddie Mac.

Rates have now been under 4% for all but one week this year on the bench mark 30-year fixed rate mortgage.

Mortgage rates have also been at their lowest levels in U.S. history since the beginning of the year. The 15-year fixed rate mortgage averaged 3.12%, down a single basis point from last week.

Nothaft said that the U.S. housing market has shown some improvement, with the Federal Housing Finance Agency purchase only price index rising 0.3% during the month of February. However, government statistics are notorious for being in error when it comes to the housing market and other indicators, and are often criticized for being too old to matter.

The 5-year adjustable rate indexed hybrid mortgage averaged 2.85% for the week, an increase from 2.78% last week, according to the giant mortgage lender. Only about 5% of all mortgage borrowers are selecting adjustables as a result of the near record low rates on fixed rate loans.