By Mike Colpitts
Despite yields being paid to investors on U.S. Treasury bonds rising, mortgage rates dropped for the eighth straight week to another historic all-time low. The rate 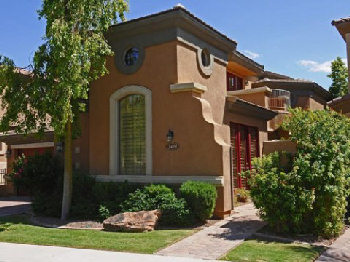 on a fixed 30-year mortgage fell to an incredible average of 3.67%, down from last week when it averaged 3.75%, according to Freddie Mac.

The 30-year loan, the benchmark for all mortgages and the most popular among consumers with the current state of rates, started its decent April 19 th when it was 3.90% in the Freddie Mac survey. It has been falling, sometimes only a basis point, since that date.

The drop alone expresses financial markets insecurity with the world economy, which is troubled by the European debt crisis and other issues, including employment in the U.S. It’s an accepted fact among economists that if Greece exits the Euro and Spain decides to follow-suit the world economy is likely to fall into an economic depression.

The rate on the 15-year fixed rate mortgage also fell, hitting 2.94%, a new record for the loan, which is gaining in popularity with consumers as many homeowners work to pay down their mortgages more rapidly.

The 5-year adjustable rate mortgage tracked by Freddie Mac remained the same as last week when it averaged 2.84%. However, the 1-year ARM rose four basis points to 2.79%.

“The economy added 69,000 jobs in May less than half of the market consensus forecast and revisions subtracted a total of 49,000 workers in March and April.”

Despite declines in job growth, the housing market is showing signs of progress in many regions of the U.S. as consumers come out to take advantage of the record low mortgage rates and lower home prices. First time buyers and investors make up nearly two-thirds of home buyers in most housing studies.