The lowest mortgage rates in history are behind us, at least for the time being. 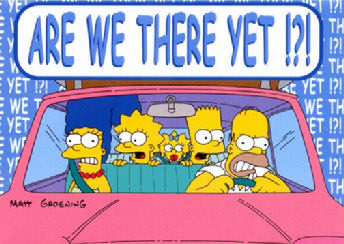 Rates surged higher for the second week in a row as U.S. Treasuries jumped over hopes the Eurozone will reach an agreement on a bail-out. The 30-year fixed rate loan jumped to average 3.59%, a four basis point surge from last week, according to Freddie Mac.

The fixed 15-year mortgage also rose to average 2.84%, up a single basis point. The 5-year ARM moved to 2.77% from 2.75% a week ago. The surge in rates is expected to move some homeowners seeking to refinance their mortgages to the sidelines to wait out lower rates.

A hike in yields paid to investors on Treasuries paved the way for the surge in mortgage rates, which have been at record lows for most of the year. The 30-year fixed bottomed out at an average of 3.49% on July 26th.

The chief economist of Freddie Mac attributed the hike in rates to “stronger than expected employment reports.” The economy added 163,000 jobs in July, but most economists contend that at least 400,000 jobs would have to be added to the work force each month for a healthy economy to return.

Still, the unemployment rate averages 8.3% nationally and is much higher in many regions of the country, especially those that have been devastated by the foreclosure crisis, including California, Nevada, Arizona and Ohio.

“In addition, the number of announced corporate layoffs fell 45% in July compared to last July and was the third time this year that announced layoffs were less than the same month in 2011,” said Freddie Mac economist Frank Nothaft.

Employment levels or the lack of jobs is the most critical issue when it comes to the housing market since unemployed people are unable to qualify for a mortgage.