By Ryan Jackson
A mortgage broker and two owners of three nursing homes have agreed to pay $5.325-million to resolve allegations in a mortgage refinancing scam to the federal government. In exchange for the 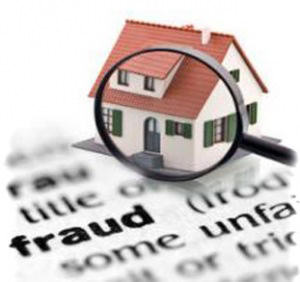 financial penalty, federal prosecutors will not pursue criminal charges against the trio.

The settlement is part of the federal government’s crackdown on mortgage brokers and lenders who make false claims and lie to obtain approvals on federally insured mortgages, which carry a maximum sentence of 10 years in federal prison.

The owners of Bartlesville Health Care Center Inc., in Oklahoma, Philip M. Green and Jerry M. Jiles are accused of lying on federal loan applications to obtain a U.S. Department of Housing and Urban Development insured mortgage to refinance three nursing homes in Oklahoma, including the Bartlesville home.

Federal prosecutors allege Green and Jiles worked with their mortgage broker, making false statements regarding the debt of the three homes to receive cash from the HUD insured program. When the mortgage defaulted at the height of the financial crisis in 2008 on the Bartlesville property, investigators from the federal financial fraud task force looked into the matter, determining the likelihood of criminal activity.

The allegations came as a result of a HUD audit. The two health care homeowners and Virgil M. Harry, Jr., the former president of the Harry Mortgage Company admitted to no wrong doing as part of the settlement worked out with federal prosecutors.

The federal task force was established to wage an aggressive effort to prosecute financial crimes as a result of the U.S. financial crisis on Wall Street and in other areas of the economy, including the review of “tens of thousands of mortgages.”

The task force is working to improve efforts across the federal executive branch, and with state and local partners to investigate and prosecute financial crimes. The Justice Department’s total recovery in false claims cases since January 2009 is more than $11 billion.