A delegation of Congressional members are calling on U.S. bank regulators to publicly release 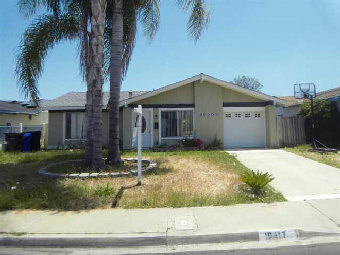 information regarding steps that are being taken by mortgage servicers to prevent illegal foreclosures.

The move was launched after House Rep. Maxine Waters (D-Calif.) sent a letter signed by 15 members of the House to regulators making the request. The U.S. Comptroller is investigating consumer complaints to determine how many fraudulent bank foreclosures have taken place. The audit process is expected to take more than a year for researchers to go through an estimated 4.5-million foreclosure files.

“The only way this claims process will be fair is if the regulators shine a bright light on mortgage servicers, and make them demonstrate to the public how they’re being held accountable,” said Waters. “To date this entire exercise has been conducted in the shadows. I fear that without greater transparency, we’re setting homeowners, and foreclosed-upon families up for more disappointment.”

Eleven members of the House sent a letter to regulators last summer, asking for information on how mortgage servicers were reforming their practices and raised questions over possible conflicts of interest on the “independent consultants” hired to review servicers foreclosure policies. But have received no response from regulators. 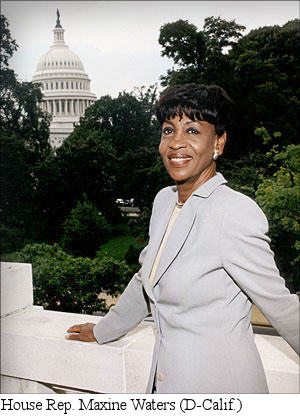 “As we stated in our July letter,” the letter states, “we believe it is essential that (information related to the April 2011 Consent Orders) be made available to the general public or the public will lack confidence in both the foreclosure review process and results.

“With more than six months having passed since the release of the Consent Orders, and more than three months having passed since our initial request for transparency, we fear that public confidence in this process is quickly eroding. Moreover, given that in September, news reports indicated that servicer outreach to affected borrowers was “expected to [launch] in the coming weeks,” we think it is essential for the public to have information regarding how servicers and their consultants identified households with eligible claims.

“Additionally, we are very concerned about the methods servicers will use to find and contact households harmed by foreclosure-processing problems. Servicers have a poor performance track-record in effectively engaging with borrowers, and, in the claims process, have a natural disincentive to reach the households their practices have harmed. Moreover, many of the affected individuals will likely be difficult to reach given the housing and economic instability faced by families after foreclosure.

“We also remain concerned about potential conflicts of interest between the servicers and the firms hired to do these foreclosure reviews, and repeat our request for you to release the “engagement letters” governing the mortgage servicers’ contracts with their consultants. Though you have declined to provide us with information about the foreclosure review consultants selected by the servicers, recent reporting has speculated that several of the auditors selected are currently working for the servicers on other consulting assignments.”