By Ryan Jackson
A drop in mortgage rates did little to slow another decline in mortgage applications for the second straight week, according to the Mortgage Bankers Association. 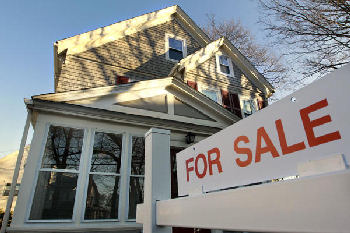 Home loan applications fell as interest borrowing rates on the 30-year fixed rate mortgage decreased to an average of 3.80% on fully executed mortgages.

The drop in rates was the first in more than a month after borrowing rates have seen an upward trend since hitting record lows at the end of July. The banker’s composite index, which includes refinances and new home mortgages declined 4.3% last week from the prior week.

Refinancing applications fell 6% to its lowest level since early May. Many banks have stopped taking applications for the government’s Making Home Affordable Program after having many consumers applying for the program delayed for months by government red tape.

An increase in consumers applying for FHA backed mortgages, however, is giving more homeowners and would be home buyers lower mortgage payments. The average 30-year fixed rate loan backed by the FHA completed at closing dropped to 3.60%, a two basis point drop from the prior week.

The shorter term 15-year fixed rate loan, which has gained in popularity with consumers to cut the length of time to pay-off their mortgage dropped to an average of 3.12% in the banker’s survey. The interest rate on signed 5/1 ARMs fell to 2.68% from 2.74%.