By Mike Colpitts
An overwhelming majority favor homeownership over renting despite the housing downturn, according to a new study. The results were found as part of a Fannie Mae 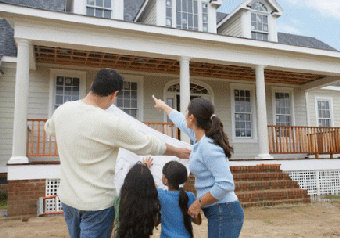 survey that asked a variety of questions revolving homeownership and the economy.

An astonishing 85% of respondants said they favor homeownership over renting based on the fact that owning a home was “financially better” than renting. Home values in more than 100 U.S. cities are forecast to appreciate or are already increasing, but the majority of the nation is still experiencing deflation similar to the last six years.

“It is clear from this data that the desirability of homeownership both as a financial choice and as a likely future tenure choice is strong among large swaths of the population,” the Fannie Mae report said.

The giant government lender’s study asked respondents about their attitudes toward owning and renting a home, mortgage rates, the economy, household finances and a variety of economic related questions. The survey collected data between June 2011 and October 2011 from 19,030 respondents.

Respondents gave a handful of reasons to own a home instead of rent, but chief among the reasons was the desire to be comfortable and secure in their own home. Issues related to their home’s location, quality, social status and community involvement were regarded as less important.

The highest rated financial reason given related to long term housing appreciation as a “wealth generator.” Tax advantages and borrowing against equity to finance other needs were seen as less important reasons to own a home among respondents.

“While owners who have been more directly impacted by the recent collapse of the housing market express a lower likelihood of buying in the future, simply knowing others who have faced delinquency is not a sufficient condition to alter broader perceptions about the appeal of owning over renting,” the report said.