Consumer doubts over the banking system, political divisions in Washington, D.C., nagging high unemployment, a growth in the understanding among the U.S. population of political corruption and doubts 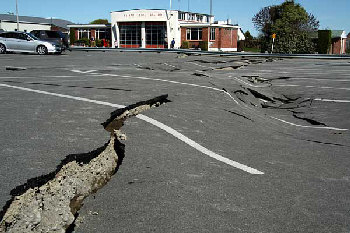 about the economy are developing a seismic shift in the housing market.

The shift has slowly been taking place for more than ten years, according to analysts, who warren that if Congressional and state policymakers don’t make effective changes soon the $10-trillion U.S. housing market will sustain changes for generations, including another massive reduction in household wealth and an historic decline of lower home prices.

The shift has appeared in consumer confidence surrounding the housing market, with home prices at their lowest levels in more than 20 years in many areas of the country. Despite higher prices developing in some of the hardest hit markets, including Miami, Las Vegas and Phoenix, home values could see another massive reduction.

Higher mortgage rates set by banks have already destabilized many cities housing markets, and threaten to hurt others even further. Small moves in the rates are less than healthy for the national economy as consumers grow increasingly leery about the market’s stability and hold-off buying homes.

The seismic shift is also leaving many would be home buyers on the fence as they wait to see how the direction of home prices will move. After historic drops in prices for the first time since the Great Depression, confidence over the prices of homes rising again “for sure” are growing with doubts.

Prices fell following the Savings&Loan Crisis in the late 1980s, but not at the historic levels seen from the current downturn. Home values have fallen as much as 85% from their peak highs in parts of Nevada, Florida, Michigan and Ohio.

There also weren’t the huge volume of homes left to be sold off with the record high foreclosure crisis in the current mess. Nearly half of all foreclosures are in the five hardest hit states.

Following the Great Depression it took home values more than 20 years to increase in most of the country, and only then did home values move modestly higher. It wasn’t until after Word War II that economic pressures developed in many cities to produce higher home values as military veterans were offered VA loans, providing greater stability for the housing market.