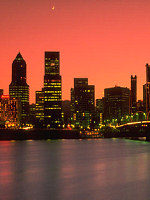 The U.S. government should stop bail-outs and develop a “New Deal” era jobs program to get people back to work, according to a new Housing Predictor opinion poll. The survey was conducted over a three week period ending Sunday, during which time President Barack Obama announced his new jobs program proposal.

The survey clearly demonstrates how Americans are divided over just how to improve the nations economy, which is suffering from the worst economic downturn since at least the Great Depression. More than a third of those polled said the government should halt bail-outs, and leave things alone so the economy will heal in time.

The second largest segment of those surveyed said the government should create a “New Deal” era jobs program to get the unemployed back to work. The government unemployment rate dropped to 9.7% Friday, but there are nearly 7-million people out of work since the start of the economic downturn. Get the full details on the poll and find out why analysts are not forecasting a bottom of the housing market in 2010 at Housing Predictor dot com.

Top Housing Market in the U.S.

The secret is out! The top housing market in the US has been named by Housing Predictor for 2009, and it may not be any place that you could ever guess. Here’s a tip: This city had fewer foreclosures than any other metropolitan area in the nation, and this community’s state has one of the lowest populations in the country.

Wanna know where it is? Visit Housing Predictor dot com to see America’s Best Market, where despite slowing home sales and a weak economy else where real estate sales should remain fairly strong in 2010.

The foreclosure crisis is sending property prices lower in the majority of the country and is projected to increase in 2010. But the crisis has also produced a bargain buyers market, which hasn’t been seen in decades.

Driven by strong regional economies and the likelihood of strengthening job prospects, the ten hottest buyers housing markets in 2010 represent a cross-section of state and local economies that have not been swept up in the financial crisis as much as the rest of the country.

More than the majority of the nation the markets selected are cities that show the promise of future financial strength. Visit HousingPredictor.com to see the full list. They are exceptions to the rule in an economic climate that has devastated millions of Americans and sent increasing numbers into the unemployment lines.

Despite trends of falling home prices in the majority of the nation, there are always exceptions in any economic climate. The best buyers housing markets are sure to foster growth in 2010 and perhaps into the new decade as the composition of the U.S. population shifts, resulting in major changes in the nation’s housing markets.

Forecast housing inflation in 12 states is evidence that housing markets are local in nature, despite the severe impact of the banking industry and Wall Street manipulation on real estate financing. Markets in Texas, North Carolina, Louisiana, Alabama, Montana, New Mexico, Kansas and Colorado are among the states named to the annual list.

Housing Predictor forecasted the foreclosure epidemic and regularly conducts opinion polls to gauge consumer sentiment on issues related to real estate. Get the details on the hottest markets forecast for buyers, search foreclosures and check the latest real estate news at https://housingpredictor.com

The Top Housing Markets in 2009 named by Housing Predictor have been released. All ten markets that made the list saw greater improvements in the volume of sales as a result of lower home prices, the federal government’s first time buyers’ tax credit and low mortgage rates.

For a moment you might gaze and wonder if there even were enough markets with a strong enough volume of sales to make the list, but bargain prices produced a swell of activity among first time buyers to get them off the fence and into homes. Ironically, all ten are in different states, including some of the worst financially damaged markets in the country in Ohio and Michigan. Markets in Rhode Island, Wisconsin and even Vermont also made the top ten.

Cleveland, Ohio leads the list as the state’s markets start what appears to be a recovery of sorts in America’s worst housing downturn since the Great Depression. More markets from the Great Lakes and mid-west made the top ten than any other areas of the country.

In 2010 the housing market is far from out of crisis as the epidemic of foreclosures is projected to worsen with another round of foreclosures sweeping the nation triggered by bank servicing companies ramping up efforts to recover banking losses. A high number will sustain double-digit deflation as a result.

Consumers, many of the nation’s largest banks, mortgage companies, retail outlets and real estate firms consult Housing Predictor, which was the first real estate research firm to forecast the foreclosure epidemic and the national housing depression. Check your market forecast, the best and worst 25 market forecasts, real estate news and analysis on the housing market at https://housingpredictor.com

Despite trying economic times, an over-whelming majority of people feel safe at home, according to a new Housing Predictor survey. The first Predictor Poll of the New Year found that a whopping 89% surveyed feel safe in their residence.

A growing number of homeowners are staying close to home these days in face of the worst economy since the Great Depression. Housing Predictor regularly surveys visitors on questions related to real estate and forecasts more than 250 local real estate markets in all 50 U.S. states. The Best 25 Markets and the Worst 25 Market forecasts are issued annually and updated over the year as market conditions change.

Almost three years ago, long before the credit crisis became headline news Housing Predictor analysts forecasted the real estate collapse, projecting it would develop into the worst economic crisis since the Great Depression. Despite the fall-out there are housing markets that are projected to be exceptions in 2010.

Foreclosures topped 5-million homes and are forecast to worsen in 2010 as bankers move more aggressively against homeowners and other property owners that are unable to pay mortgages.