By Mike Colpitts
Olympic gold medal swimmer Ryan Lochte’s parents are facing foreclosure on their Florida home. But in this day an age of modern technology, some good may come out of 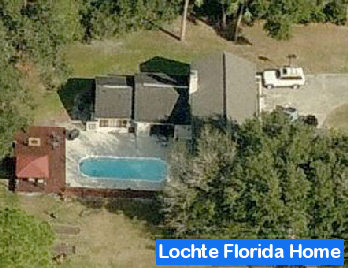 it with a real estate website that is offering free help to other homeowners in the same situation.

The website, Real Estate Investing Wealth.com’s offer “is aimed at helping any American facing the common issue of foreclosure” to rebuild credit following a foreclosure, according to Ed Baxter, who runs the site. More than 7-million U.S. homeowners have suffered through foreclosure since the crisis started nearly six years ago. Another 1.4-million are currently in the foreclosure pipeline, according to CoreLogic.

Entertainment website TMZ first reported the Olympic foreclosure on the swimmers parents’ home. CitiGroup filed paper work against Steven and Ileane Lochte on their Volusia County, Florida home seeking $242,239. The couple requested the foreclosure case to be dismissed last month, but no ruling has yet been issued.

Ryan Lochte’s mother has given a series of interviews to reporters covering her son’s swimming competition during the London Olympics, in which Lochte won five medals, including two golds. Endorsement deals from advertisers and other entertainment offers could bring the Olympic champion millions of dollars and help pay-off his parents home.

The website’s owners hope that after hearing the news on the swimmer’s family, more former homeowners who have suffered through foreclosure will be inspired to take the steps to improve their credit for the future.

The offer from the firm features a comprehensive report titled “Credit Repair After Foreclosure,” which provides tips on how to repair damaged credit “in an effort to help more families get the professional insight they need to handle foreclosure issues,” according to the site’s owners. The company is providing the report for free.