By Ryan Jackson
The U.S. housing recovery is moving into higher priced home markets as technology and newer industries pave the way for the nation’s 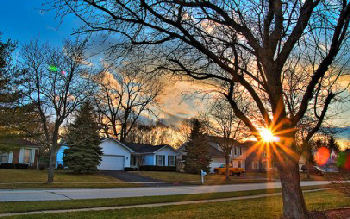 future economic growth. The trend also demonstrates how some major cities that were once heavily populated are unlikely to recover much at all.

The real estate crash has left huge impacts on many cities, including Detroit, Las Vegas and Phoenix. The long lasting impressions have hurt economic growth, dimmed the chances of survival for many other communities with increasing bankruptcy filings and sent a shadow over other cities. San Bernardino, California was the third major city in the Golden State to file for bankruptcy in the past month.

Fewer homeowners paying real estate taxes on property contribute to the deficit that the city has suffered through, and more cities are expected to file in coming months. Vallejo, California was the first major city in the state to file for bankruptcy and it still has fire stations closed as a result of changes that have become permanent.

The transition has sent higher end communities that foster growth in new areas like technology into growing patterns, and left others behind to fade.

Investors are contributing to the drive up in some markets, including Sacramento, Phoenix and Las Vegas. Higher rents received for homes are also adding to the scenario, despite high unemployment in some regions.

Buying a $75,000 home in Sin City might be all right as an investment with prices down these days, but renting it might be another issue. San Jose has some of the nicest neighboring communities in the nation. But purchasing a rental in high priced Los Gatos could come at a cost if you aren’t certain about a renter willing to pay rent to live in the home for an extended period of time.

With another round of discount priced foreclosures hitting the market soon, taking the leap now could be a risky bet meant more for the tables in Las Vegas than a quiet neighborhood else where.