Olympic swimming superstar Michael Phelps may have won more medals than any other athlete in Olympic history, but he’s a mere mortal when it comes to real estate, 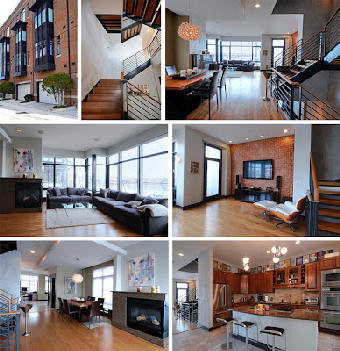 The 22-medal all-time Olympic champion purchased the 4,080 square foot Fells Point condominium in 2007 for nearly $1.7-million shortly after collecting on a series of major multi-million dollar marketing endorsements when the housing market was in the midst of crashing in the Baltimore region.

But after a series of financial miss-steps, including losses of major advertisers like Nikki after being photographed with a bong in his hand smoking marijuana, Phelps fortunes fell on harder times along with the value of his home. The majority of U.S. homeowners have suffered the same consequences over the past several years as the housing market tanked.

The Olympic champion is expected to regain commercial success after his stunning performance in the London games, winning five medals. Michael Phelps may have had an upper hand on his competition going into the games, with his condo selling for $1.25-million the day before the Olympics started.

The loss would be a major tumble for most Americans, but it’s probably just a drop in the bucket for Phelps, whose agents once said that the swimming superstar would bring in at least $100-million in endorsements over his life-time.