By Mike Colpitts
For the fourth straight month home values have increased in appreciation across the U.S., according to real estate research firm CoreLogic. 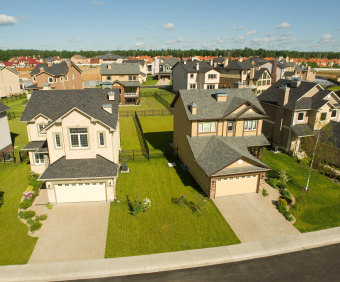 Prices increased 2.5% in June compared to a year ago in the 100 largest metro areas the company tracks.

On a month-over-month basis, including foreclosure and short sales, home price appreciation rose 1.3% in June compared to May 2012. The company’s forward looking Home Price Index shows that home prices should also increase at least four-tenths of one-percent in July as buyers are driven to take advantage of record low mortgage rates.

“Home prices are responding positively to reductions in both visible and shadow inventory over the past year,” said Mark Fleming, chief economist at CoreLogic. “This trend is a bright spot because the decline in shadow inventory translates to fewer distressed sales, which helps sustain price appreciation.”

However, the housing market still faces other pressures, including 1.4 million homes in the foreclosure pipeline, most of which are not yet scheduled to be foreclosed and a huge inventory of homes not yet listed for sale by lenders. At the current rate, banks and mortgage servicing companies have the infrastructure to handle a maximum of 90,000 U.S. foreclosures each month.

The five states with the highest housing deflation still severely troubled in June were led by Alabama at 4.8%, followed by Connecticut (-4.0%), Illinois (-3.4%), Georgia (-2.9%) and Delaware (2.8%). Many other states are showing improvements with a declining number of distressed properties.

At the other end of the extreme, are cities that have experienced double-digit appreciation in housing over the past year, including communities in Arizona, Idaho and South Dakota.

“At the halfway point, 2012 is increasingly looking like the year that the residential housing market may have turned the corner,” said CoreLogic CEO Anand Nallathambi. “While first half gains have given way to second half declines over the past three years, we see encouraging signs that modest price gains are supportable across the country in the second half of 2012.”