The spring home selling season is just getting started, but signs are growing that the season is already getting off to a faster start. 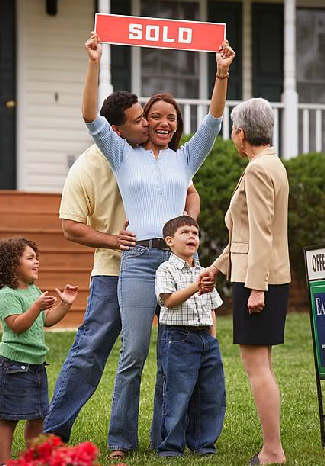 Sales of new homes declined less than one percent in January from an upwardly revised number in December to hit a seasonally adjusted annual pace of 321,000 units, according to the U.S. Commerce Department.

Homebuilder confidence surveys rose for the first time in more than two years. Rising home building starts and higher new home building permits also point to evidence that consumers are becoming more confident about making purchases. New home sales in January were up 3.5% over the same time a year ago, and up one percent from the fourth quarter of 2011.

“Outside of the upwardly revised December number, this is actually the best sales pace we’ve seen since April of 2010, when the home buyer tax credit was in effect,” said Barry Rutenberg, chairman of the National Association of Home Builders.

“This is indicative of the incremental, steady progress that the market is making toward recovery in conjunction with modest economic and job growth,” said NAHB economist David Crowe. “Increasingly, potential buyers are feeling better about their financial situation and their ability to buy a home, but the challenges posed by tight credit conditions and appraisal issues continue to slow that process.”

The long dry spell that many real estate brokers felt is finally ending. The housing market peaked in 2005 before the bubble popped and values began falling. Home sales improved in early 2010 when the government provided first-time home buyers tax credits of up to $8,000 and expanded the program to move-up buyers. But sales tanked when the credits expired.

The arrival of 2012 brought a change in psychology to the housing market. The stock market’s recovery, aided in part by government incentives is providing would-be home buyers with more confidence in the  U.S.  economy. The Dow Jones Industrial average passed the 13,000 point mark for the first time in a decade.

The unemployment rate is also creeping lower, despite Congress inability to agree on a jobs program or much of anything else. The housing market is also benefiting from rising rental prices for landlords making it more attractive for home buyers to purchase investment property. The cost of renting a home or apartment grew 2.4% in the last year, according to the U.S. Commerce Department.