A U.S. government report confirmed that initial claims for unemployment benefits decreased to the lowest level since 2009, 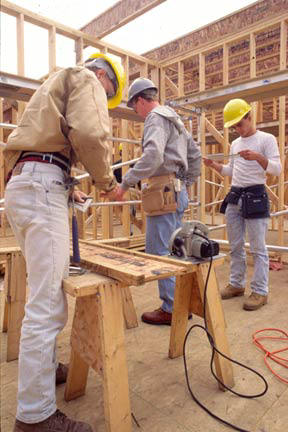 sending a ripple effect of positive growth to housing. The jobless rate fell to 8.3% from 8.5% the prior month. Senior economist at PNC Financial Services Group, Gus Faucher, said the data is further proof that the recovery solidified in late 2011.

Faucher added that the likelihood of an even stronger recovery is growing. An increase in job growth can contribute to a stronger rebound in housing. The ripple effect of positive job growth has a positive impact on many areas of the housing industry.

Construction hiring in the residential areas is increasing. According to the Bureau of Labor Statistics, construction employment showed the highest growth since 2006. The statistics reflect workers tracked on payrolls. A huge portion of the construction business consists of self-employed people.

The Chief Economist for the American Institute of Architects said that more remodelling projects are going to create additional jobs in the construction industry. On a very positive note the executive vice president of Home Depot reported fourth-quarter net income exceeded analysts’ estimates.

Sales related to residential construction and remodelling increased. Beacon Roofing Supply Inc. and Fortune Brands Home & Security announced that they have seen an increase in sales. This is a clear indication that homeowners are spending more money on home renovations and remodelling. 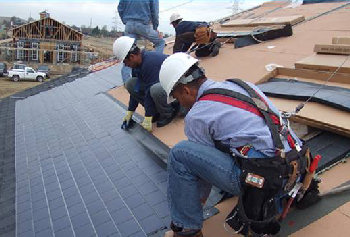 New home sale figures have been on a decline for more than four years. The Commerce Department announced that new home sales dipped, however, only slightly last month, but still beat analysts’ expectations.

Employment is of vital importance to the real estate industry. Residential and commercial real estate related jobs can demand space such as in warehouses and industrial buildings. Higher employment levels can also result in increased demand for homes, both in the resale market and new home sales.

One other factor of the ripple effect of employment growth is a higher quality of life for people who are employed.

Employment growth is making a larger impact on the construction industry as homeowners begin to remodel and renovate their homes with employment growth contributing to a stronger recovery in housing.