Imported Chinese copper pipe already blamed for leaks in hundreds of new homes, may not even be manufactured from copper and could 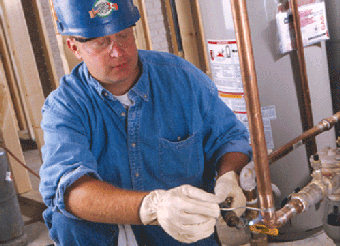 “We are confident the defective Chinese copper plumbing pipe disaster is going to affect hundreds of thousands of U.S. homeowners,” said Thomas Martin, director of America’s Watchdog. Flaws in manufacturing the pipe used in home construction since 2005 may not meet minimum building codes.

The Chinese manufactured pipes are being found as defective after they begin to slowly leak in crawl spaces under homes and in basements. Standard homeowners’ insurance policies do not cover the damage since policies don’t typically cover defective materials used in the construction of homes.

Failed Chinese manufactured copper pipes have been found in a new Southern California subdivision, according to Thomas who did not name the tract of homes.

“The problem is the home was only five years old, and when the copper-ish colored pipe was removed, the only obvious thing to everyone in attendance was the pipe was not 100% copper,” Thomas said in a statement released to the media.

The Construction Defect Center contacted plumbers in formerly hot U.S. real estate markets, including Las Vegas, Phoenix and Miami to learn that the Chinese made copper pipe was failing in homes throughout the nation. The Department of Commerce imposed anti dumping sanctions against Chinese manufacturers in September 2010 because the market was being flooded with the low cost pipes.