Formal bank foreclosures of residential properties hit a new monthly high in April with more than 92,000 being taken back by lenders. The figure marks a new threshold in the foreclosure crisis, topping the previous month by just one percent, but represents a 45% increase in foreclosures over a year ago, according to Realty Trac. 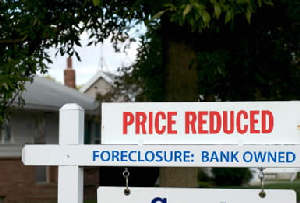 However, nine of the top ten metropolitan areas in the country saw drops in foreclosure activity during the month. Big cities over 200,000 in population in Nevada, California, Arizona and California account for all top ten foreclosure rates for the month, but saw activity drop on a year over year basis in nine of the ten largest metros.

Foreclosure filings against properties, including notices of default, auctions and bank repossessions totaled 333,837 for the month, a nine percent increase over the previous month. One in every 387 housing units received a foreclosure filing during the month.

A similar pattern should sustain through the remainder of the year with foreclosure numbers remaining high as bankers move more aggressively to catch up with the back log of home owners who have defaulted on their mortgages. Foreclosures have topped 7-million U.S. homes since the crisis began. 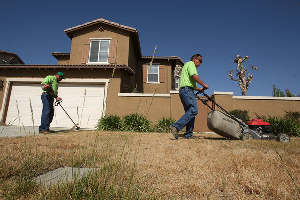 Five states account for more than half of the national total. California, Florida, Nevada, Michigan and Illinois carried 52% of all filings. The nation’s most populated state, California led the five with 69,725 foreclosure filings.

The number of notices was down for the month in both California and Florida, dropping 25% from March in the Golden State and 18% in Florida. However, an 8% month over month rise in activity took Michigan to the third spot even though home sales, triggered by lower prices and near record low mortgage rates have helped boost the number of home sales in the state.

Michigan is a long way from pulling out of the foreclosure crisis as evidenced by a 77% increase in filings over April, 2009. In Illinois foreclosure activity rose nearly a third for the month. Nevada saw 16,217 notices, representing the fifth highest in the country.

Foreclosure auctions, the final step in the agonizing foreclosure process were scheduled for the first time against 137,642 residential properties during the month, a drop of 13% from March when auctions peaked with more than 158,000 properties. But auction sales were only up a slight 1% over a year ago.