Anchored by stronger economic growth in northern tier states with higher production in farming and energy, a housing recovery is slowly developing that is already broadening into portions of the mid-west.

Three of the nation’s lowest populated states, Wyoming, North Dakota and South Dakota had little to do with the real estate bubble, but have everything to do with starting the housing recovery as newcomers move to their regions for jobs and a lower cost of living. As the U.S. makes inroads to recover from the housing bust, the nation is under going massive changes in its housing markets with some regions of the country beginning to see healthier conditions, while others suffer divided by economic pain and anguish. 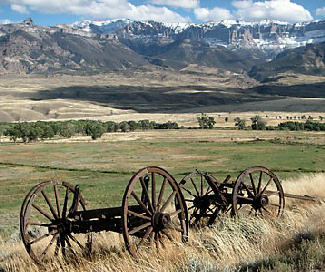 Oil production is growing by leaps in Wyoming, while South Dakota is experiencing a boom in natural gas. New residents are moving to North Dakota for jobs in health care, financial services and technology. The turn around in the region’s economy is also being felt in Iowa, where crop production is up as farming efforts grow to raise more corn and grains along with livestock.

The resurgence is being felt in the mid-west’s center hold of Nebraska, which also didn’t see the double-digit housing inflation experienced elsewhere during the bubble years. Nebraska, however, is starting to see home sales rise in some markets, despite the expiration of the federal home buyer tax credit.

The driving force behind the recovery’s move is also developing in Vermont, which is the healthiest state in the nation in terms of its housing stock. The foreclosure crisis isn’t really impacting the state as a result of less risky lending practices during the bubble boom years.

Still, other states that were in recovery phases, driven chiefly by the tax incentive, have returned to housing downturns as sales ease and home prices slide. California, one of the hardest hit in terms of foreclosures and unemployment and Virginia has since declined. But Colorado employers are hiring back more workers to aid the state and its long suffering real estate markets.

Near record low mortgage rates are also beginning to have an impact on more home sales as the U.S. becomes more accustom to a new economy with less bank lending, higher unemployment and social change.

As the nation’s capitol Washington, D.C. and neighboring Virginia have also seen a resurgence in home sales, but any lasting power could be short lived in most of Virginia . High paying government jobs in the region are driving the change.

The suffering and the pain of a nightmare goes on for many residents of five states, which represent 51% of all foreclosure activity. Florida, California, Arizona, Illinois and Michigan will have a long haul to get through the process to recovery, and their states are unlikely to resemble themselves little in fallout of the foreclosure crisis as neighborhoods in many especially hard hit areas remain empty of residents as homes sit vacant.

The long haul to recovery will take years for government leaders to act enough to aid markets without sending them into more turmoil.