Mortgage applications took a sudden reverse, dropping nearly 7% from a week ago as homeowners stopped applying for refinances and home 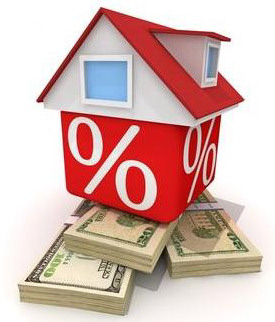 buyers turned increasingly leery about the marketplace, according to the Mortgage Bankers Association. The drop-off indicates a further dive in home purchases.

The slowdown in mortgage applications shows that weakness in the housing market still exists as the U.S. economy struggles to overcome weak overall economic conditions. The housing market typically pulls the nation out of economic downturns, but troubled by record foreclosures, high joblessness and little prospects for growth markets appear to be on a road to further deterioration.

Purchase applications made their largest jump since last year a week ago before declining 4.7% for the week. The refinancing index decreased 7.7% as the number of homeowners seeking refinances shrank, despite near record low mortgage rates. The average interest rate on a 30-year fixed rate mortgage contracted between parties rose for the fourth consecutive week to 4.98% from 4.93% a week earlier.

Refinances dropped sharply, composing just 60.3% of all mortgage activity as mortgage holders able to qualify for refinancing dry up. Low mortgage rates, hovering at or below 5% on a 30-year fixed rate loan seem to have little impact on the housing market amid unemployment that meets or exceeds 20% in real unemployment, including those who have stopped looking for work all together in many regions of the U.S.

The bankers’ composite index, which measures loan volume, dropped 6.7% on a seasonally adjusted basis from the previous week. Mortgage rates have been on a four week increase, according to the bankers’ survey, climbing to the highest contracted rate since mid-February, followed by a dive in home purchases.

The average rate on a fully executed fixed 15-year loan also rose to 4.17% with 1.22 points on an 80% loan-to-value mortgage. The share of adjustable rate mortgages taken out declined a slight two-tenths of one-percent.