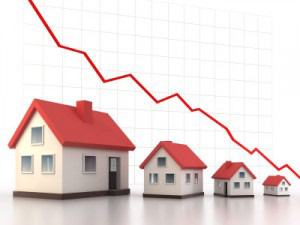 according to the Mortgage Bankers Association. Refinances had a drop of 10.1% from the previous week as homeowners held back from applying at the steepest level in nearly a year. Applications on new mortgage financing declined only 1.7%.

The boost in mortgage rates forced many homeowners to remain reluctant about refinancing their homes. A 30-year fixed rate fully executed loan increased to an average of 4.92% from 4.80% a week ago with 0.83 points. The average contract rate on a 15-year fixed rate mortgage rose to 4.16% from 4.02 the prior week.

Although the seasonally adjusted purchase index declined just 1.7% for the week, the index was 21.9% lower than the same week a year ago. Purchases of homes typically begin to see a rise at this time of the year as home buyers move into spring. But rough weather conditions in much of the Mid-West and Eastern seaboard may be contributing to an early slowdown. 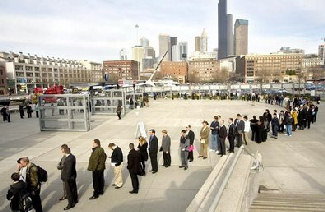 Problems in the broader economy are also contributing to the slowdown as high unemployment keeps many potential home buyers away from making purchase decisions.

“Treasury and mortgage rates increased towards the end of last week, as global markets calmed following the recent crises in Japan and the Middle East,” said Mortgage Bankers Association chief economist Michael Fratantoni. “As rates climb back to 5%, fewer homeowners have both the incentive and the ability to refinance.”

The broader four week moving average is up a slight 2.1% on the seasonally adjusted purchase index, while the average is 2% higher on the Refinance Index. Refinances still make up the largest share of mortgage activity, declining to 64.3% of all applications from 66.4% the previous week. It’s the second lowest share of refinancing since last May.