A federal judge in Maine has thrown out two of three 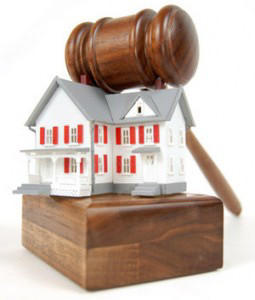 charges against GMAC Mortgage in a highly publicized robo-signing foreclosure lawsuit that could set a precedent for similar actions.

U.S. District Judge Brock Hornby dismissed claims from homeowners seeking financial damages from GMAC for improper foreclosures as a result of foreclosure affidavits that were signed by employees, who may not have confirmed the existence of paperwork to prove the lender’s legal ownership of property.

With the ruling the judge denied claims of abuse of “due process,” which the homeowners alleged to be false certifications on affidavits filed by GMAC employees. Hornby said that even if the documents were falsified the plaintiffs would have to reverse the court’s decision to proceed with a foreclosure on their homes instead of starting a new lawsuit for financial damages.

“Fraud on the court may be a ground for a perjury prosecution, for vacating a judgment, for lawyer discipline, or for sanctions under Me. R. Civ. P. 11, but it is not a ground for the recovery of damages by a party in a later lawsuit,” wrote Hornby in his ruling.

However, another claim seeking damages under a state law charging unfair trade practices was allowed to continue to be heard in state court since federal judges have no jurisdiction over state laws. An attorney representing GMAC said the company is moving to have the case thrown out of court.

“A contrary ruling would mean that the outcome of every lawsuit could produce a later lawsuit by the unhappy loser, seeking damages on account of the outcome of the former lawsuit and claiming that it resulted from false testimony or false affidavits,” Hornby wrote.

The judge also dismissed claims for breach of good faith and fair dealing with the lender. Hundreds of thousands of lawsuits have been filed against mortgage lenders and banks over allegations of improper foreclosures in the robo-signing scandal. State attorneys general in all 50 U.S. states are investigating the practices, and are making efforts to reach a resolution with banks over the mess.

Negotiations to settle the complaints are being spearheaded by Iowa’s attorney general, who along with other state attorneys general is hopeful that an agreement can be reached before more foreclosures hinder the nation’s economy. More than 1-million homes are currently in some state of the foreclosure process.