By Mike Colpitts
Bank assisted short sales or homes that sell at less than what is owed on a mortgage are overtaking foreclosed homes lenders put on the market. 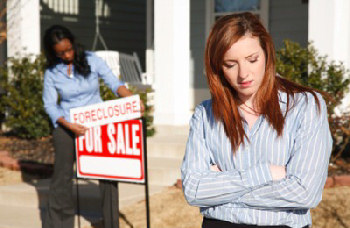 The development doesn’t come as a surprise to those involved in the real estate industry.

Rather, they expected the transition as part of the U.S. housing market’s move to stabilize. “Bankers are slow, and they have always been slow,” said one well placed Wall Street insider, who agreed to talk about the development as long as his name wouldn’t be used since his mortgage business with bankers could suffer.

“They have been waiting and wondering what to do. This explosion of foreclosures is so big that they just don’t really know how to handle things. There are millions left out there to foreclose and the banks know that.”

A variety of companies have popped up to aid the banks, including real estate research firms eager to sell mortgage lenders all sorts of research to help their decisions. Risk management has taken on a whole new meaning in the industry as lenders attempt to cope with falling home prices in the hardest hit cities and sell off the inventory of surplus homes.

There’s good reason for lenders to sell homes as short sales instead of bank owned REOs or foreclosed homes. Distressed homes in April sold at deep discounts, according to the National Association of Realtors monthly report. Foreclosures sold for an average discount below other homes value of 21%, while short sales were slashed just 14% on average.

Homeowners at risk of foreclosure and in default of their mortgages are taking longer than ever to be foreclosed, with some mortgage holders reporting that they have not made a loan payment and are still living in their homes four years after not making a mortgage payment.

Banks are cutting the asking prices on homes in default to their lowest levels in seven years to appeal to eager buyers shopping for a deal to purchase.

The change comes as a result of a variety of issues plaguing the housing market, including the major five U.S. banks settlement with 49 states in the robo-signing scandal, restrictions placed on lenders to prove they hold the paperwork to legally foreclose on a property and delays caused by state and county regulations put into effect to safeguard consumers.