In this day and age when winning celebrity stardom seems to mean instant riches Vanilla Ice isn’t the new kid on the block. 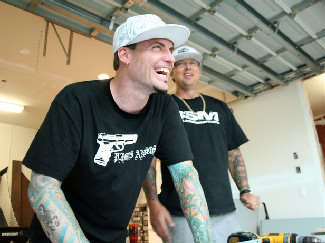 In fact, at the age of 43 he’s one of the oldest in the rap music business. But the white rapper is launching his own real estate advice website.

Ice isn’t frozen when it comes to knowing about the home remodeling business. The rapper, whose real name is Robert Van Winkle started a home remodeling program in 2009 on the DIY cable network dubbed “The Vanilla Ice Project.”

Ice won success in the real estate investing business after his billboard leading song “Ice Ice Baby” sold a million records a day in the early 1990s, and he started buying up homes in Los Angeles, Utah and Miami with some of the proceeds. Years later he cashed out.

“A few years later, I took a break from touring, saw that my properties had cobwebs, so I sold them and to my surprise I made a huge profit,” he told All Hip Hot online. 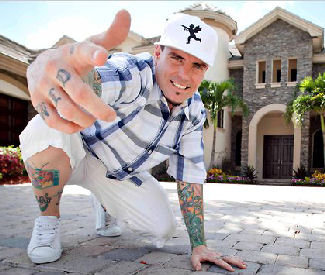 The entertainer has been flooded with requests from TV viewers to show them how to do the same. Ice purchases foreclosed homes on his TV show, The Vanilla Ice Project, and then remodels them and markets the homes to make a profit.

Not just anybody can be successful at buying and selling foreclosures, but Ice has had more than his share of success, which he illustrates on Vanilla Ice Real Estate dot com.

Should those homeowners whose homes
were illegally foreclosed receive a cash
settlement from their lenders?
Yes
No