A non-government backed mortgage rescue program started to stop homeowners walking away from mortgages is gaining momentum with the addition of Ohio’s Hardest Hit Fund. The state is one of the most severely impacted in the foreclosure crisis.

The Responsible Homeowner Reward program has been included as an alternative resource in the state’s Hardest Hit Fund, which just last week was targeted for a $149-million in federal funds for unemployed and under-employed homeowners.

The private program by Loan Value Group, a New Jersey based firm has helped more than 1,000 mortgage borrowers. The company offers cash rewards to homeowners on the verge of strategically defaulting on their mortgages as an alternative to foreclosure. 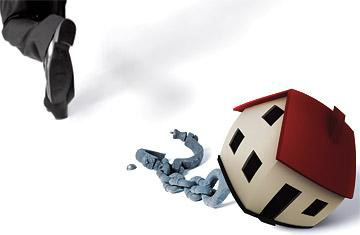 Loan Value Group is the only company in the country offering incentives to homeowners who are so under water on their mortgages that they are seriously considering a strategic default, in which owners save their mortgage payments up to move into rental housing. Mortgage payments are negotiated as part of the process and all payments must be made in a timely fashion for homeowners to receive a reward payment at the end of the program.

“Ohio’s action with the Hardest Hit Fund is a milestone in individual states dealing with the impact on their residents of a national problem, widespread negative equity,” said Frank Pallotta, a partner in Loan Value Group. Rewards have been offered to mortgage holders in 40 states the company has been referred to by the firms that have retained its services.

Archive: Former Goldman Sachs Banker May Save Millions from Foreclosure

Loan Value expected to be able to help 250,000 troubled homeowners by the end of summer through its program, but has only aided slightly more than 1,000. “I think that if a program really kicks in with a large bank we’ll gain more banks,” said Pallotta. “This is a program that’s out of the box.

“If we’re able to gain a large bank it will become a question of people understanding how much this program is like those that banks have (with credit card incentives) and airlines (bonus flyer mileage programs) have for it to really kick in.”

Asked if he thinks his company will still be able to help millions of homeowners as the company first projected, Pallotta immediately said, “Yes. Millions are eventually going to be helped. You know why I know that?” he asked.

“Because investment bankers are slow,” said Pallotta, who worked as an investment banker with Goldman Sachs and has more than 20 years of experience in the banking industry. “They have always been slow (to change) and they will always be slow.

When we get a large bank to be involved they’ll know it works.”

The pilot program was started early this year, and grew to include five hedge funds suffering through the financial crisis with losses in real estate. The program has contracted to hand out nearly $100-million in rewards to mortgage holders so far, and may be on the verge of expanding to help millions of troubled homeowners.