In a move hailed as a last gasp for the subprime mortgage business, Wells Fargo Bank has announced it is leaving the subprime business. The decision made Wells the last big conventional bank to exit subprime following the demise of Countrywide and Washington Mutual in the lending industry. 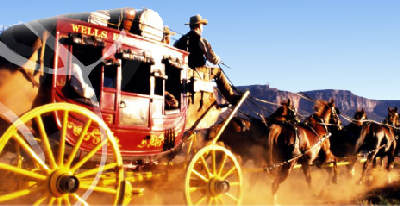 The two former mortgage titans were acquired by other banks. Wells Fargo announced the move as part of its restructuring with the acquisition of Wachovia Bank in the fallout of the financial crisis. The company will close 638 locations and slash 3,800 jobs as a result.

Less than 2% of Well’s real estate mortgages were originated in the company’s financial stores in the first quarter of the year, necessitating their closings.

“Our network of U.S. based consumer finance stores, which have historically operated as an independent sales channel from our bank operations, have served customers well for more than 100 years,” said David Kvamme, president of Wells Fargo Financial. “But the economics of a separate Wells Fargo Financial channel are no longer viable.”

In reality, Well’s exit of the subprime business has developed over a number of years. Company executives, bothered with growing customer complaints and a volatile mortgage market cut back on the number of subprime mortgages it offered long before either Countrywide, which was the nation’s largest mortgage lender and Washington Mutual ran into major problems with their loan portfolios. Both lenders ran a ground in their lending operations when they had trouble re-selling their mortgages on the open market at the height of the credit crisis.

The restructuring will cost Wells Fargo $185-million in losses, mainly as a result of the acquisition of Wachovia, which was taken over in an orchestration set up by the FDIC. The charges will be addressed in write-downs in the second quarter of 2010 and in future quarters. The move, however, still leaves Wells the largest U.S. mortgage lender.

The bank says customers with existing loans will continue to be served without disruption. FHA mortgages, auto loans and credit cards previously offered by Wells will be consolidated into a similar product line. The company’s commercial lending business, already troubled by the fall out of the real estate crash amid growing losses will be realigned with other business units at Wells over the next year.