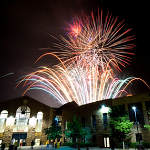 The Colorado housing market has one of the rarest, telling histories of all the states in America. For instance, when home prices have gone down elsewhere, Denver homes have escalated in value. The market in Denver has also seen prices decline when other areas of the country were experiencing appreciation.

It just hasn’t happened like that once or twice. It’s been a historical trend. That was until the financial crisis struck and foreclosures hampered home sales, sending Denver houses much lower in value. Thanks to national banking and a variety of other troubles on Wall Street and in banking, the market dropped in the 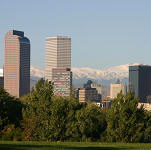 Mile High City. But now Denver is pulling out of the downturn, and is likely to lead all metro markets in Colorado into the housing recovery.

Home prices in the Denver area are recovering, climbing nearly 6% in the first quarter as the business climate began to improve and employers started hiring back more employees. An influx of renewable energy companies is powering an economic recovery with other businesses that are relocating to the area. 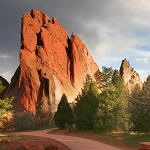 The recovery is also being driven by the luxury home market, priced above $1-million as high net worth individuals purchase homes at an increasing pace.

That’s not to say the housing market in Denver is completely healthy. Home sales have improved, but mainly as a result of lower priced bargain foreclosure properties slashed by bankers wanting to unload them quickly and near record low mortgage rates. But at least the market is moving in the right direction in Denver, which is forecast to experience average housing inflation of 6.7% for the year.

In Aurora, outside of Denver home prices were falling for the longest time as foreclosures mounted. But a tighter inventory of homes should aid the market’s recovery. Increasing sales activity is projected to send home values higher at an average of 6.2% in 2010.

In Boulder, the luxury market is just beginning to take off with more homes selling. Home prices declined in Boulder, but because there wasn’t much Alt-A and subprime lending in the market the area didn’t experience a massive bubble. Pushed by low mortgage interest rates, Boulder should see rising sales through the rest of the year with forecast average housing inflation of 5.9%.

The renewed energy market should help Grand Junction. As lenders loosen the money supply pipeline for natural gas exploration, Grand Junction should experience improving conditions in home sales with growing employment. An increase in home sales is expected to develop later in the year as companies hire back more workers.

However, the lack of available financing is likely to hinder exploration for a while, and as a result Grand Junction is forecast to see average housing inflation of just 3.6% for the year.

Despite rising home sales in Colorado Springs, the market is being held back by a back log of foreclosed properties and homes that have not yet been re-listed for sale. The lower priced homes have hurt values in Colorado Springs, which should see an upswing reemerge later in the year. Housing prices are forecast to inflate a modest 3.0% in 2010.