Raising home prices in the midst of the worst real estate collapse in U.S. history might be akin to raising stakes when you’re losing at the poker table. It just doesn’t make any sense, but bankers are trying to do just that as they slow the rate of foreclosures in Nevada, one of the nation’s foreclosure epicenters. High unemployment and lousy lending criteria led to the housing mess, which is taking bankers a number of years to unwind. 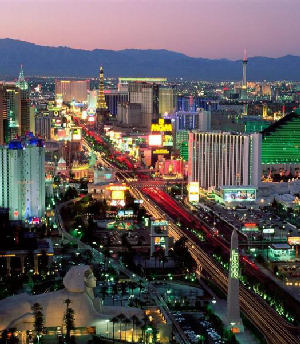 Las Vegas has led the nation in foreclosures and defaulting mortgages for two years straight, and now 70% of all the homes that the local multiple listing service accounts for that are selling are foreclosures or bank assisted short sales. Despite the worst financial crisis in generations, Las Vegas seems to be coming back to life. Bookings of hotel rooms are improving. Gaming revenues are rising and the Las Vegas strip is abuzz with new building developments.

Discount bargain rate foreclosures are attracting buyers from out of town mostly; investors who want to try their chance in real estate after the crash decimated the market. Bankers are working with mortgage holders more aggressively to work out modifications for owner occupants, but only a very small percentage is actually being helped. Bankers get paid one way or another and if they foreclose they get paid part of their losses by the U.S. government. The foreclosure crisis rages on and is expected to sweep through Nevada by the end of the year.

Mortgage companies and banks will slash prices on homes to get them off their books, pressuring home prices lower in Vegas. Housing Predictor forecasts Las Vegas average housing prices to deflate 10.8% in 2011.

Investors have been buying up half built subdivisions in Henderson, where new home builders walked away from projects, leaving subdivisions like Zombies for dead. The real estate collapse has had a devastating impact on the local economy, and sent unemployment

to the highest levels it has been in decades. The foreclosure crisis injected the fuel the market needs to make any sales at all, but the greatly discounted priced homes aren’t helping to alleviate the hurting situation. Henderson home prices are forecast to decline again 8.5% in 2011.

A bottom isn’t yet close to developing in the market in Reno, where home sales declined after the home buyer tax credit expired and prices resumed their downward momentum. There isn’t much gambling going on in the housing market these days in the town that prides itself as being “The Biggest Little City in the World.” Home sales are projected to remain sluggish through 2011 as the area adjusts to a new economy. Reno average home prices are forecast to deflate an additional 6.8% in 2011. 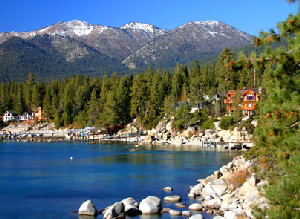 Just up the road from Reno, Lake Tahoe offers one of the most beautiful scenic areas in the country. The high Sierra Nevada Mountain range is an invitation to snow skiers in winter months and vacationers during the summer. The housing market in Tahoe has suffered through one of the worst downturns in its history since the real estate collapse, and there are no signs that it is anywhere close to being over soon. Lake Tahoe area home prices have been slashed in half from their peak highs and are forecast to decline an average of another 7.4% in 2011.

The high-end market above $3-million, however, isn’t doing too badly in the area and should begin to gain some balance towards the end of the year. That just goes to show that the super-rich always have money no matter what the economy is like.